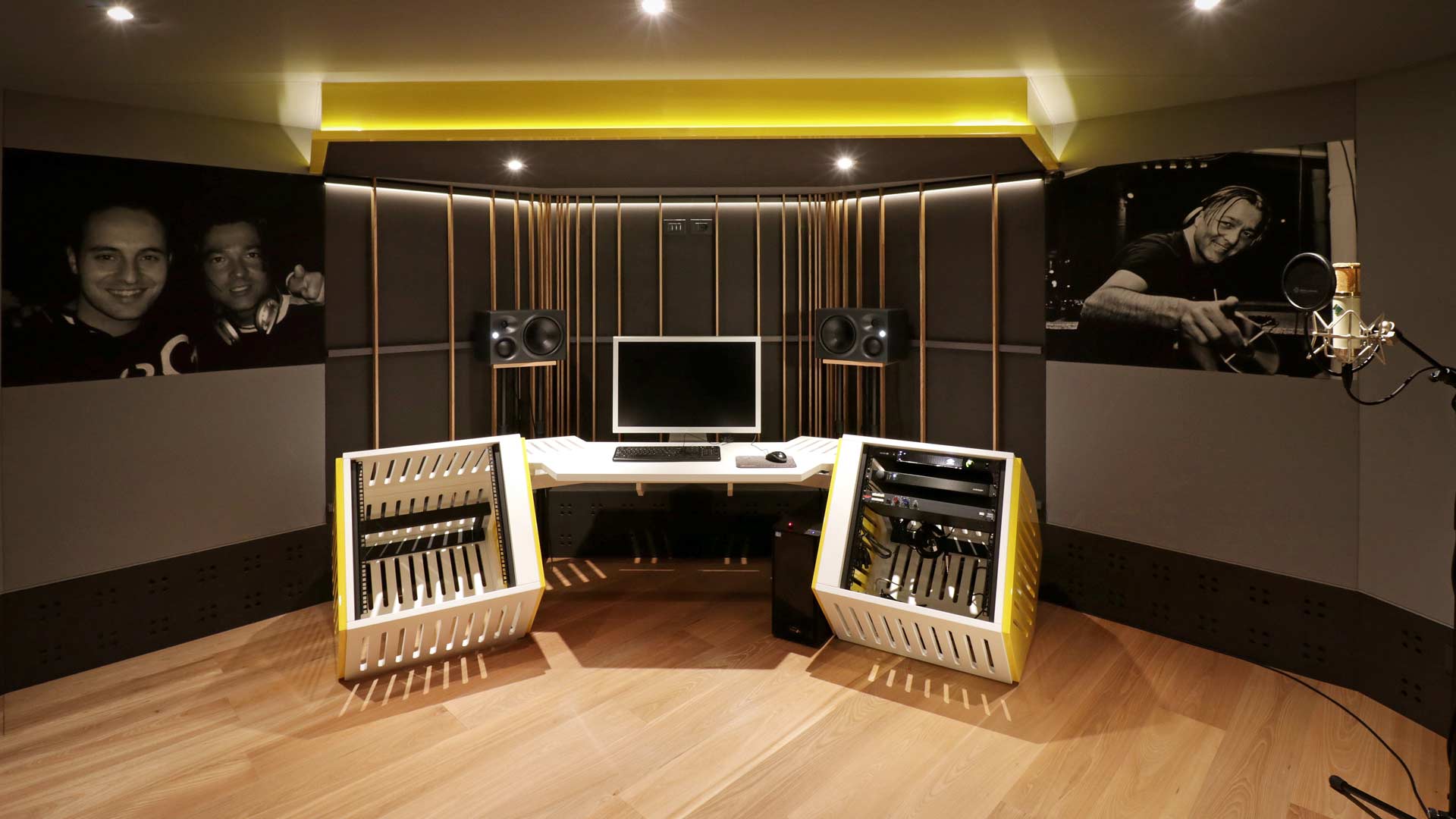 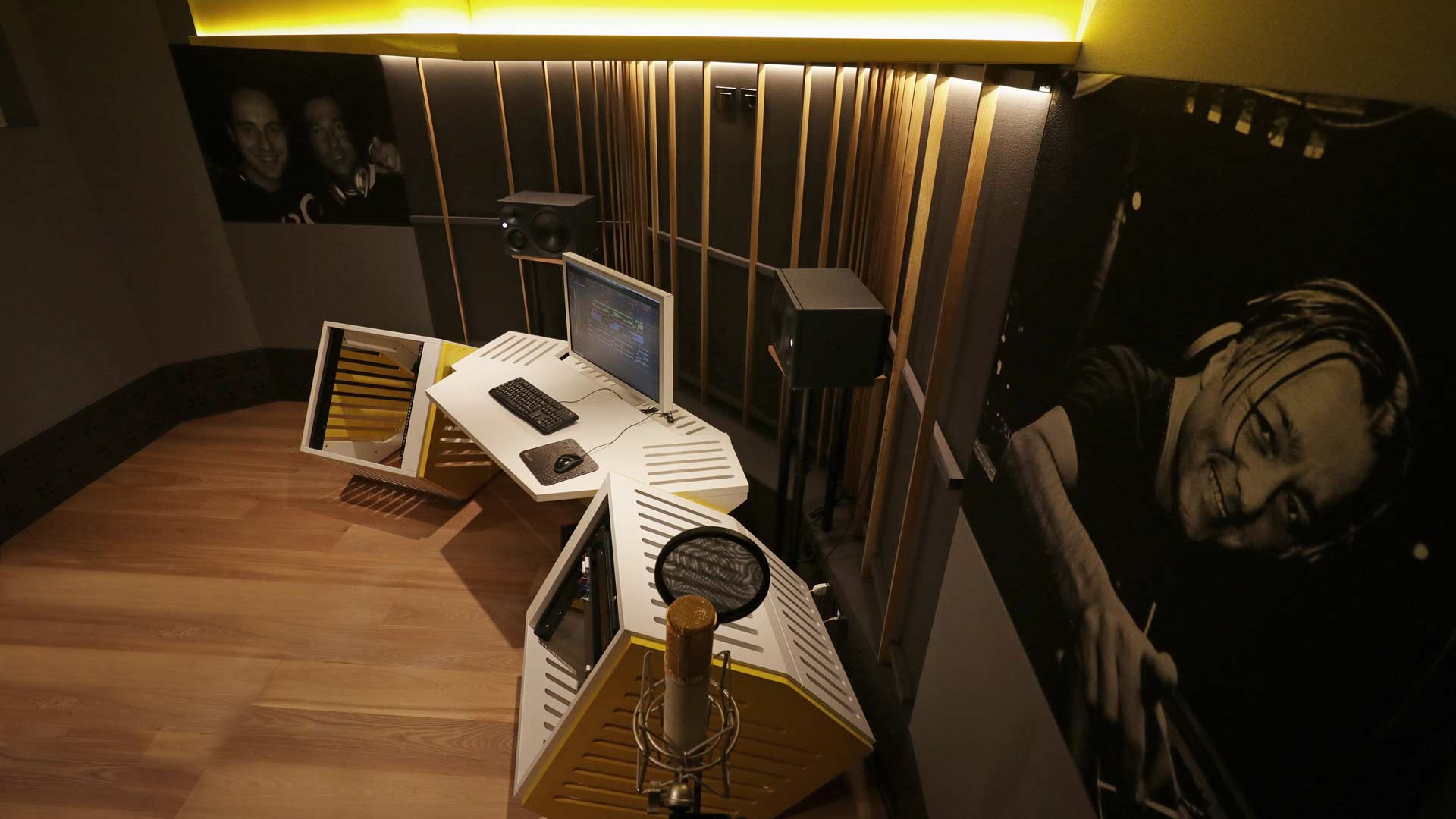 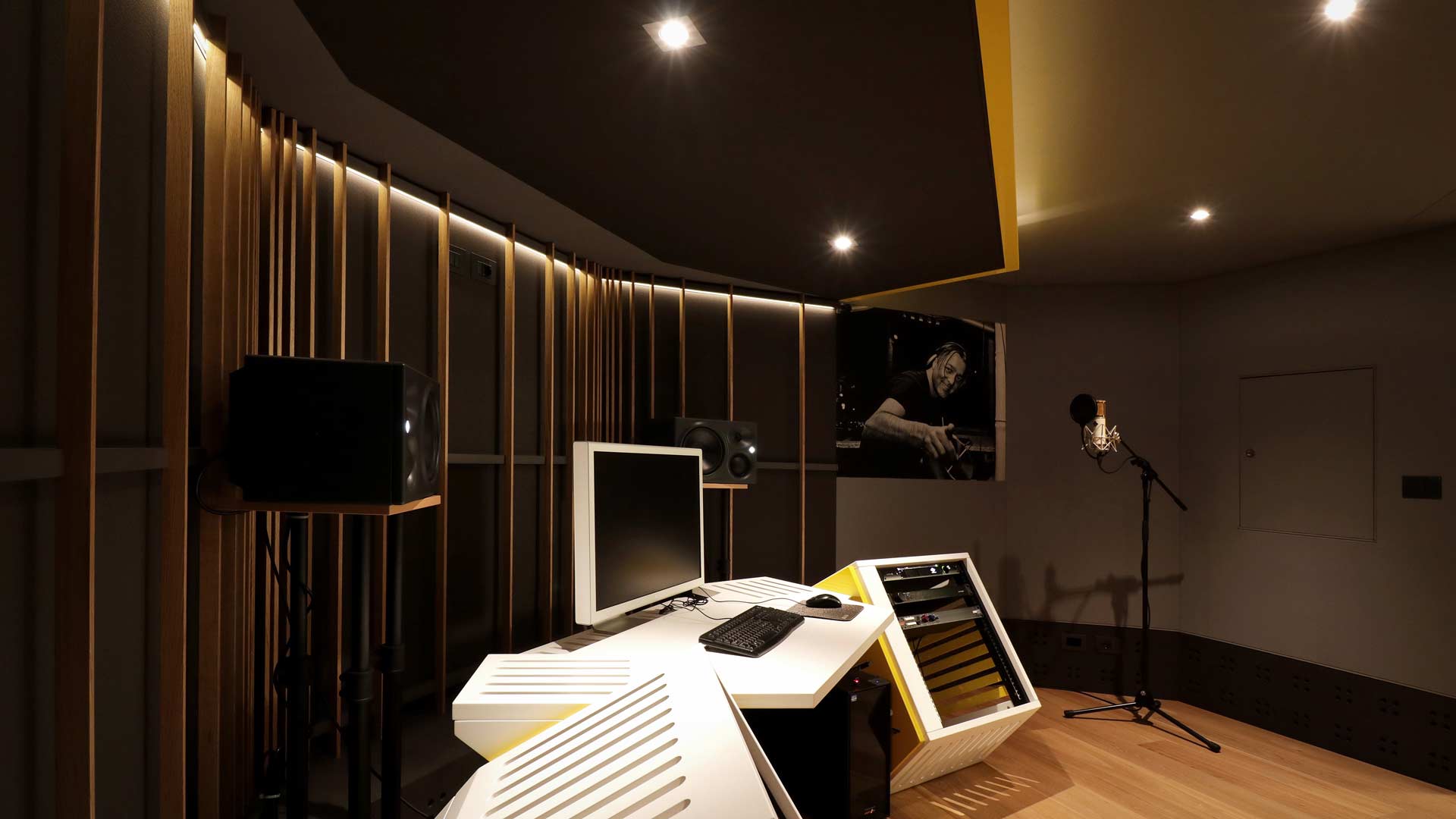 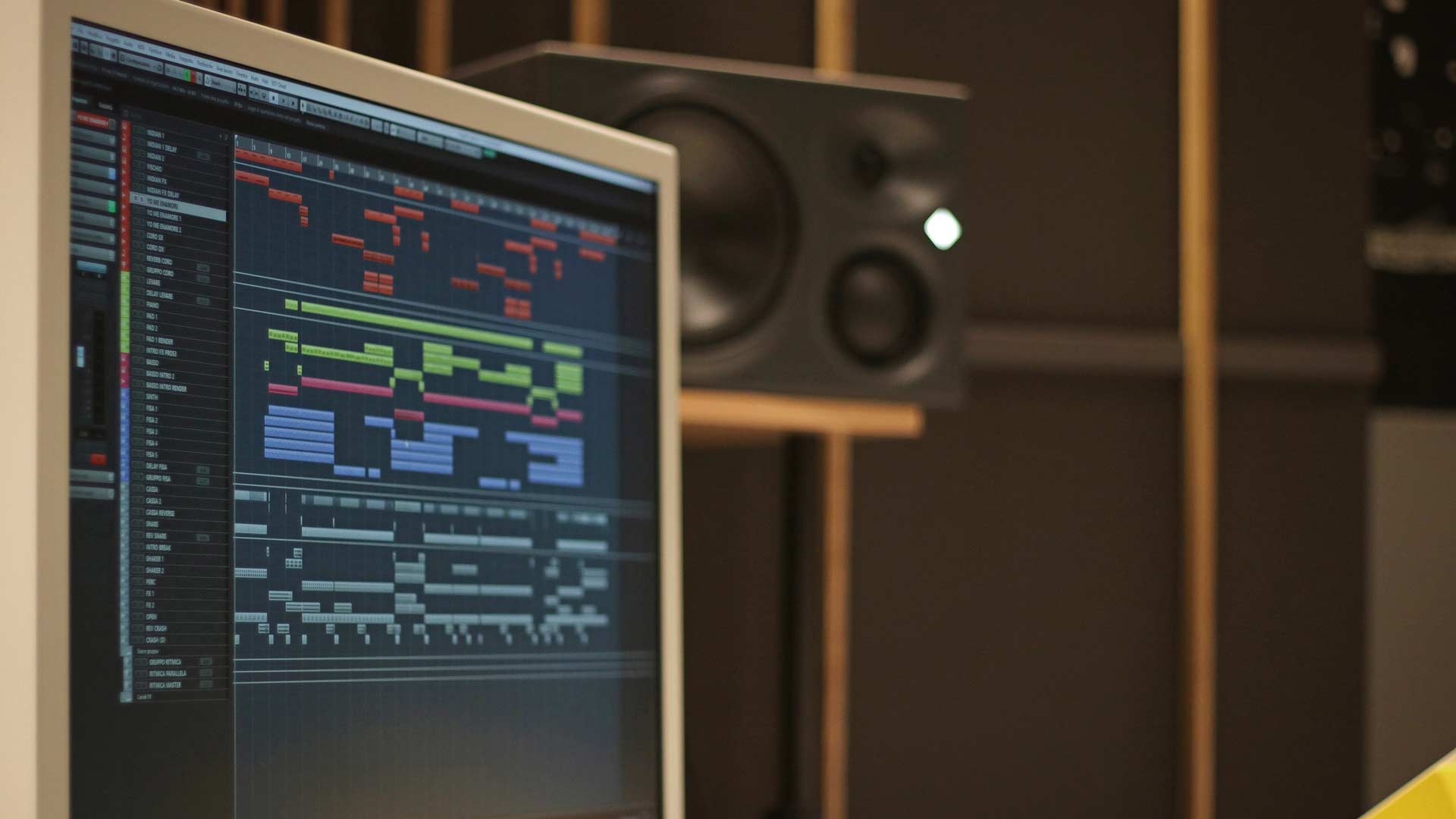 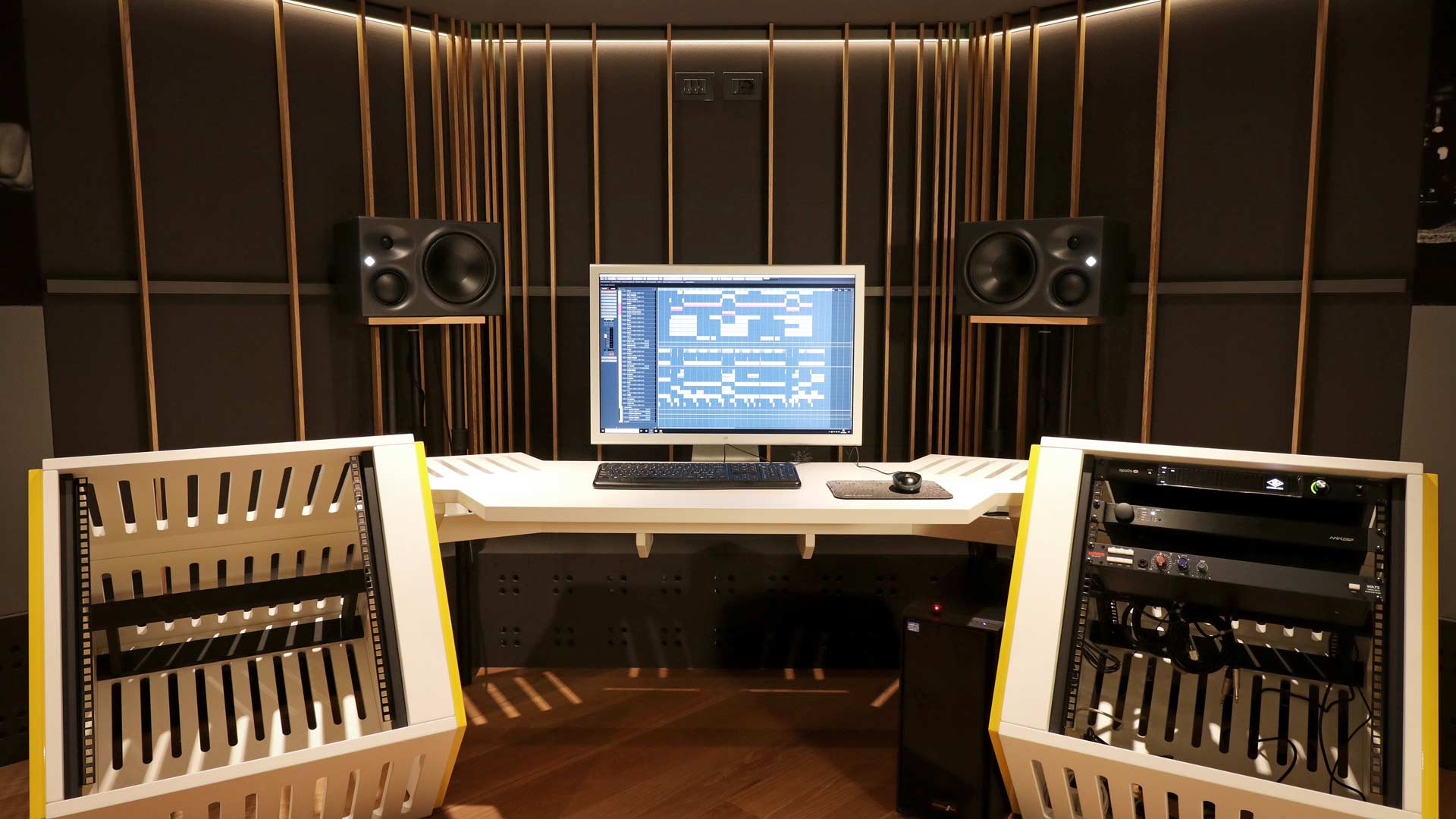 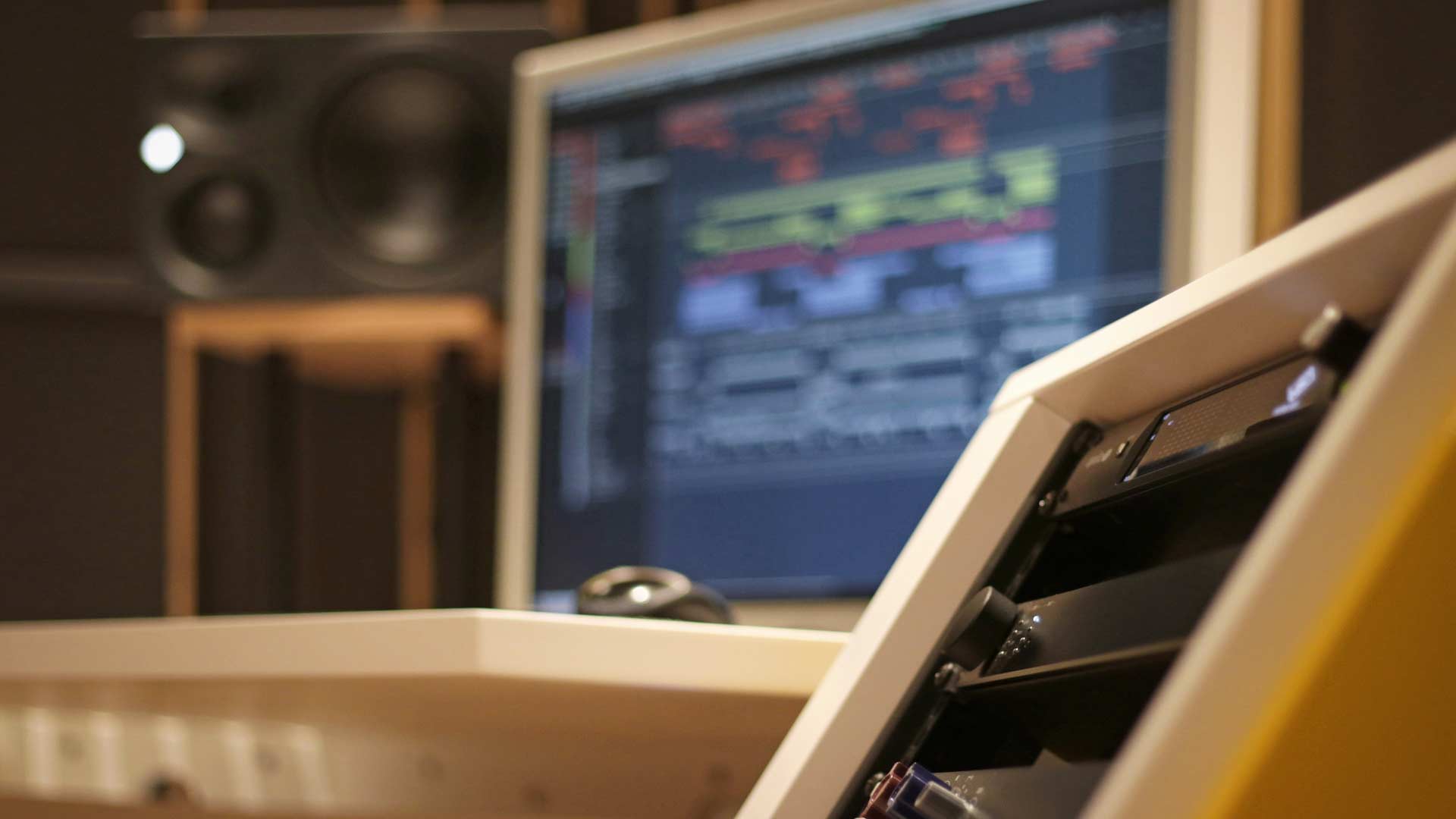 Every home studio has a story to tell. The story of La Chinita is simply wonderful, a story where the love for music has created a real jewel within the walls of a private house. The passion and determination of the owner and producer, Alex Rinaldi, transformed an amateur studio, confined to a little bedroom, into a custom-made professional control room in order to give music the space and the quality it deserves.

Alex Rinaldi: “Since I was 18, I started making music as a passionate hobby.”

“I made an acoustic panel treatment in the bedroom [upstairs]. It was a standard treatment to start working better. At that time, I met Francesca [Bianco], as a Proaudio – SMAP customer, from whom I purchased my first equipment. After a few e-mails, I was introduced to the world of professional studios which I didn’t even know existed. As a music lover, I have always tried to improve myself in music production with the growing desire to make it a real job. To do so, and to get to a professional level, I needed a professional studio.”

Desire is very simple, realization is another matter entirely. For this reason, the “La Chinita” project requested our intervention, led by a top-notch designer such as Dario Paini, personally chosen by Alex.

Alex: “[…] I had seen several of his home studios, and I wanted to create a welcoming environment, to recapture the domestic atmosphere. This project was born here, in my house and here I have to feel at home. In this studio, it is wonderful to just sit and listen to music. Everything must be warm and welcoming.”

After the first inspections to verify the measurements and the project’s feasibility, Alex’s amateur studio was able to leave the bedroom (now owned by little Vittoria J) and “move” to the basement and become a professional studio. The structural renovation of the home kitchen in the basement required a custom design…

Dario Paini: “The studio is located near Rimini, in the basement of a private flat in a terraced house. Being in the basement, we immediately came up against an initial headroom of about 240 cm, which certainly does not allow us to “steal” too much in height in order to increase soundproofing and for internal acoustic treatment. In fact, the studio borders on the neighbor’s apartment, and therefore it was important to make sure that no one was disturbed, especially during the evening (or night!) hours. The first problem we solved was the soundproofing, from (and to) the outside. The solution was a floating floor that is separated from the rest of the structure. The walls are plasterboard”.

“Another peculiarity of the project: the layout was square in shape, which is not an ideal shape from the acoustic point of view.” 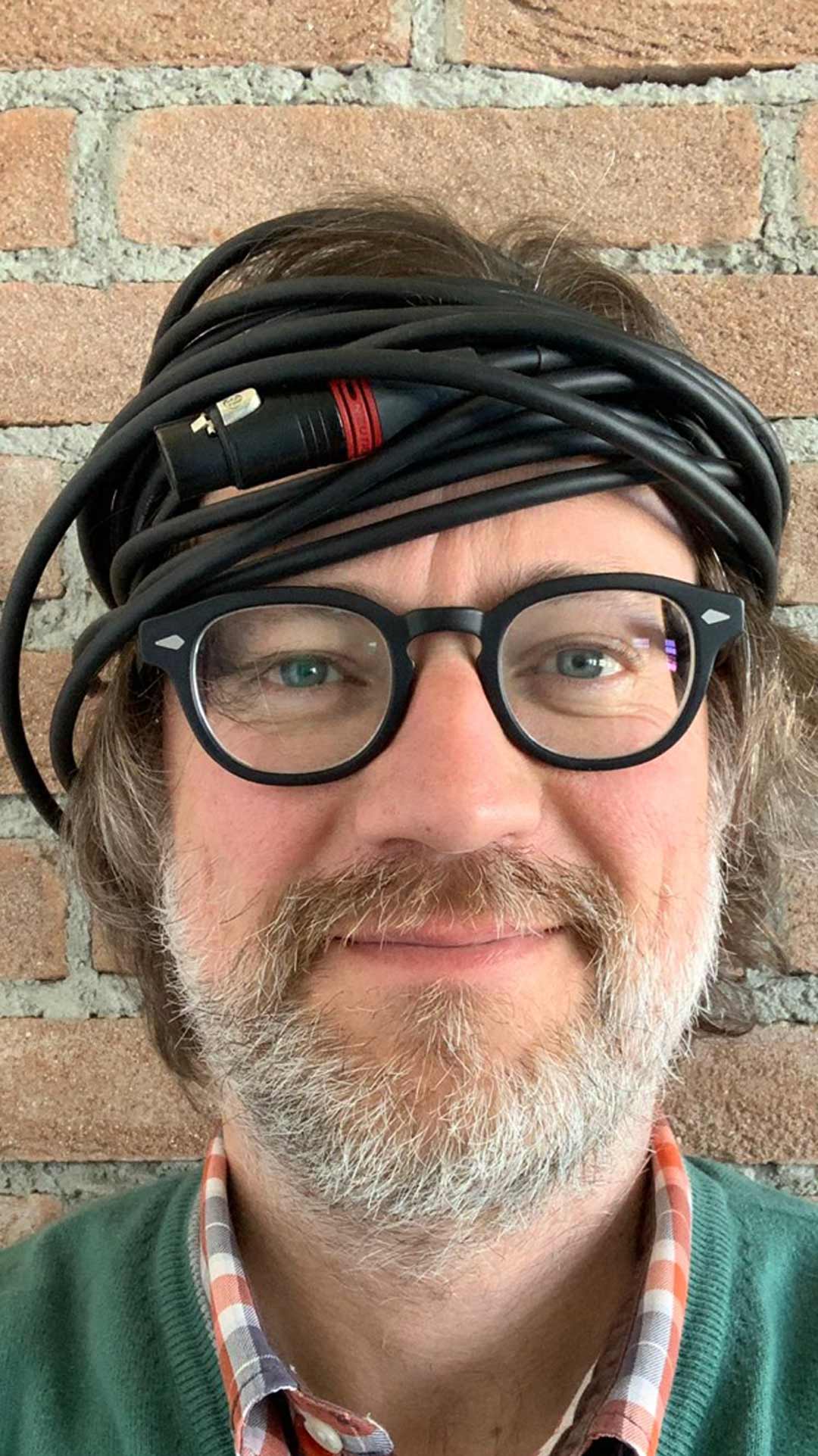 Dario Paini has literally drawn a diamond from… a square! Yes, because it’s the sound that decides …

Alex: “The shape of the structure is determined by the acoustics, the physics of sound. From given measures and dimensions, it is necessary to allow the sound to help decide where the listening point should be. Thus, this studio now has the shape of a diamond!”

Following Dario’s guidelines, Alex was able to express his talent.
La Chinita, in fact, is a completely custom-built home studio. There is nothing “commercial” about it, and to prove it, it would be enough to admire the Northward Systems console, designed by the acoustic engineer Thomas Jouanjean. A prestigious piece of furniture with a low acoustic impact. All built by hand, made to measure, made to the millimeter; from the wooden frapping to the ceiling.

Alex: “On Paini’s draft, we started working on the colors, the fabric, the finish of the floor, and the type of lighting. I could decide all these things, as they don’t affect the acoustics. I chose the color by taking the name of the song that gives the studio its name: La Chinita. La Chinita in Spanish means “little Chinese”, that’s why the color yellow!”

Fun fact: the wooden strips on the front of the studio are spaced following the Fibonacci series!

Alex: “During the construction of the studio, one of my best friends passed away, he was like a brother: Dj Mayo. This studio is dedicated to him. The canvas prints in the studio portray him. The studio took the name of a song we made together, one of our favorites: La Chinita”.

“We have always made music together and, just in that period, he passed away. He was one of those who drove me mad whenever I wanted more for my music… He was the DJ, and I was his ghost producer. We were like brothers, and the passion for music was born in him at 18 years old. It is thanks to him that this whole project, called La Chinita, was born”.

Other studios, just like La Chinita, are becoming increasingly popular. Home studios are born from the need to pursue the quality that music requires to reach professional levels.

Alex: “Many DJs are slowly getting closer to this new world. DJs once used a laptop and some headphones. But over time, they have realized the difference. One who makes music with a laptop and a pair of headphones gives only the idea of what the final product can be. To produce music, you need to come to professional studios, just like La Chinita “.

Passion, determination and skills. Here’s what it takes to do what Alex did and make your dream come true.

Alex: “I think that desire moves people. If you really want something, then do everything to get it. To be able to build this studio seemed impossible, but when I had set up the underground floor, I thought that nobody would stop me!”