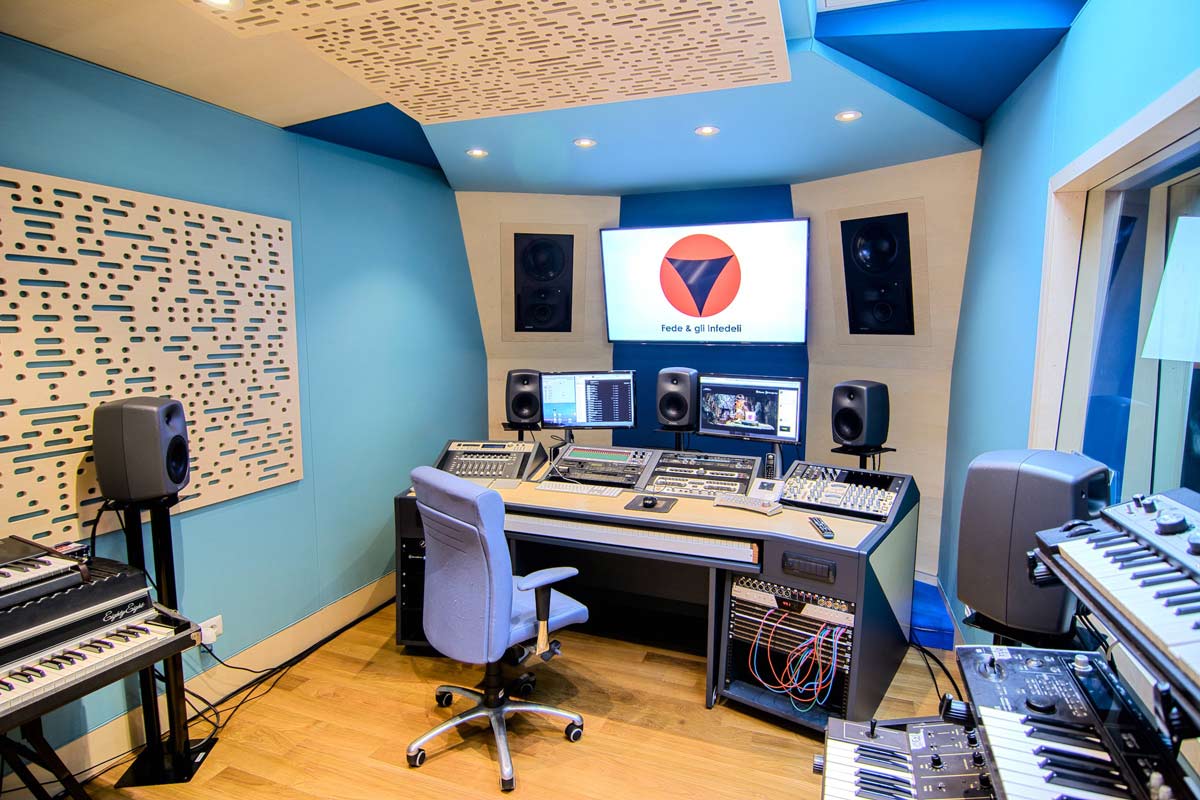 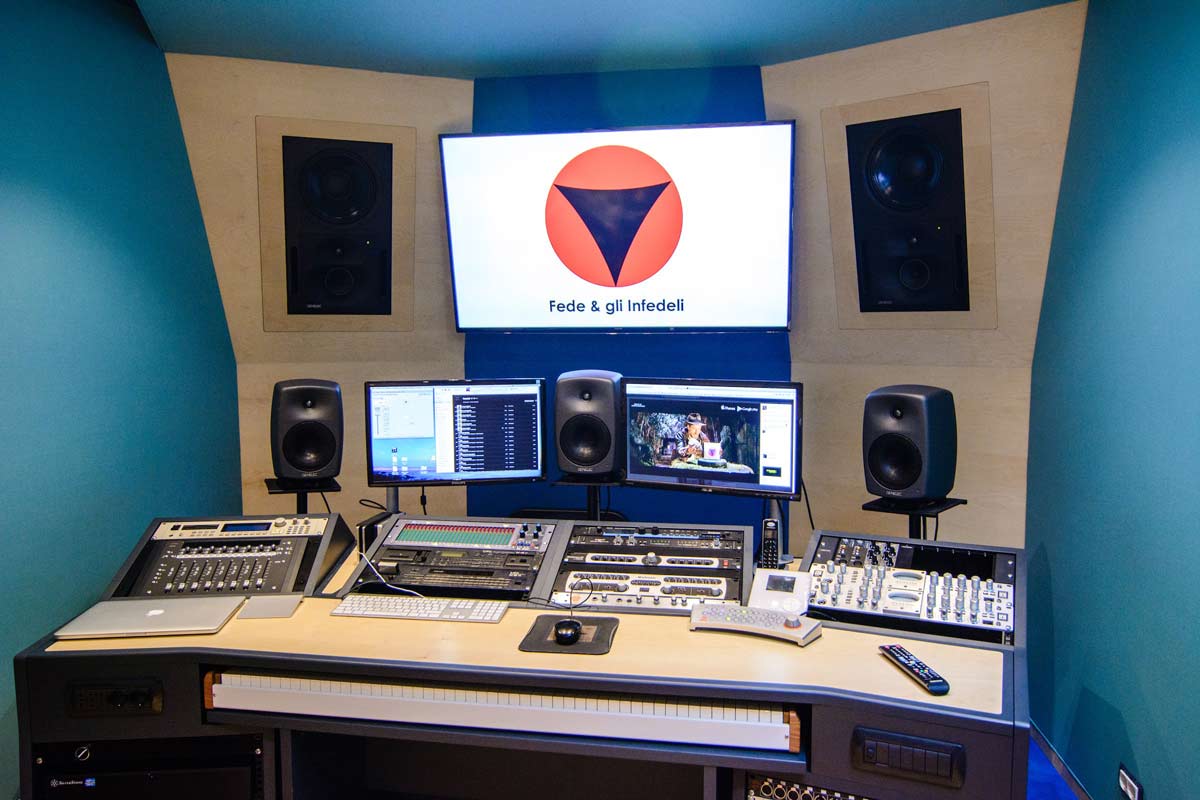 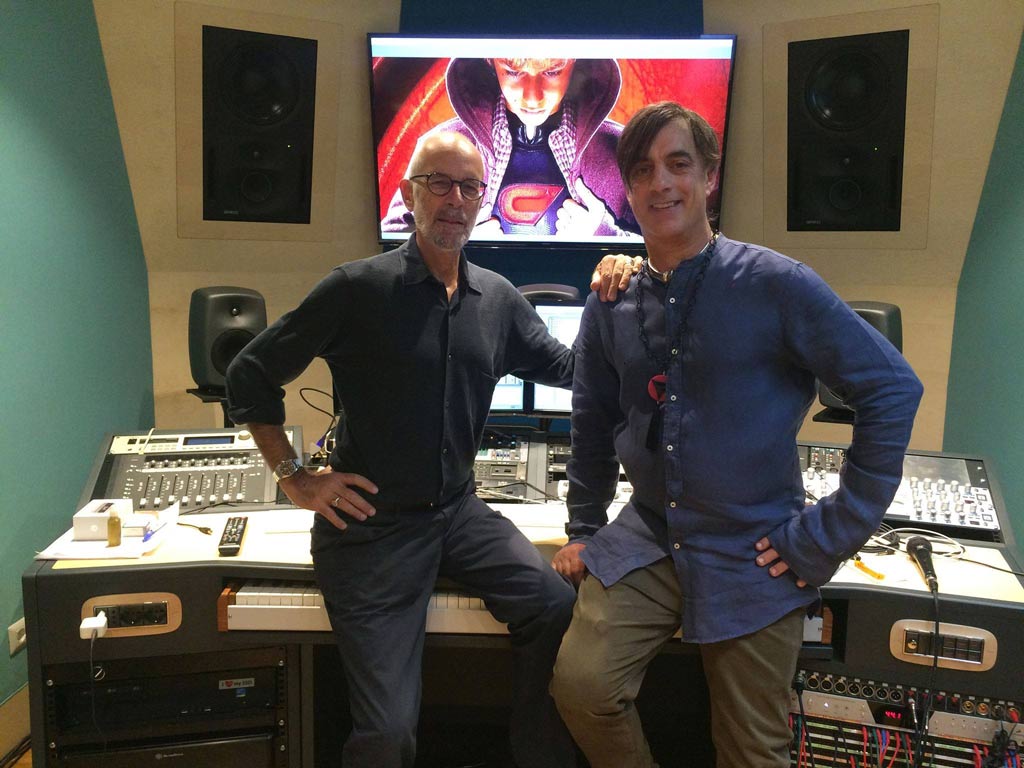 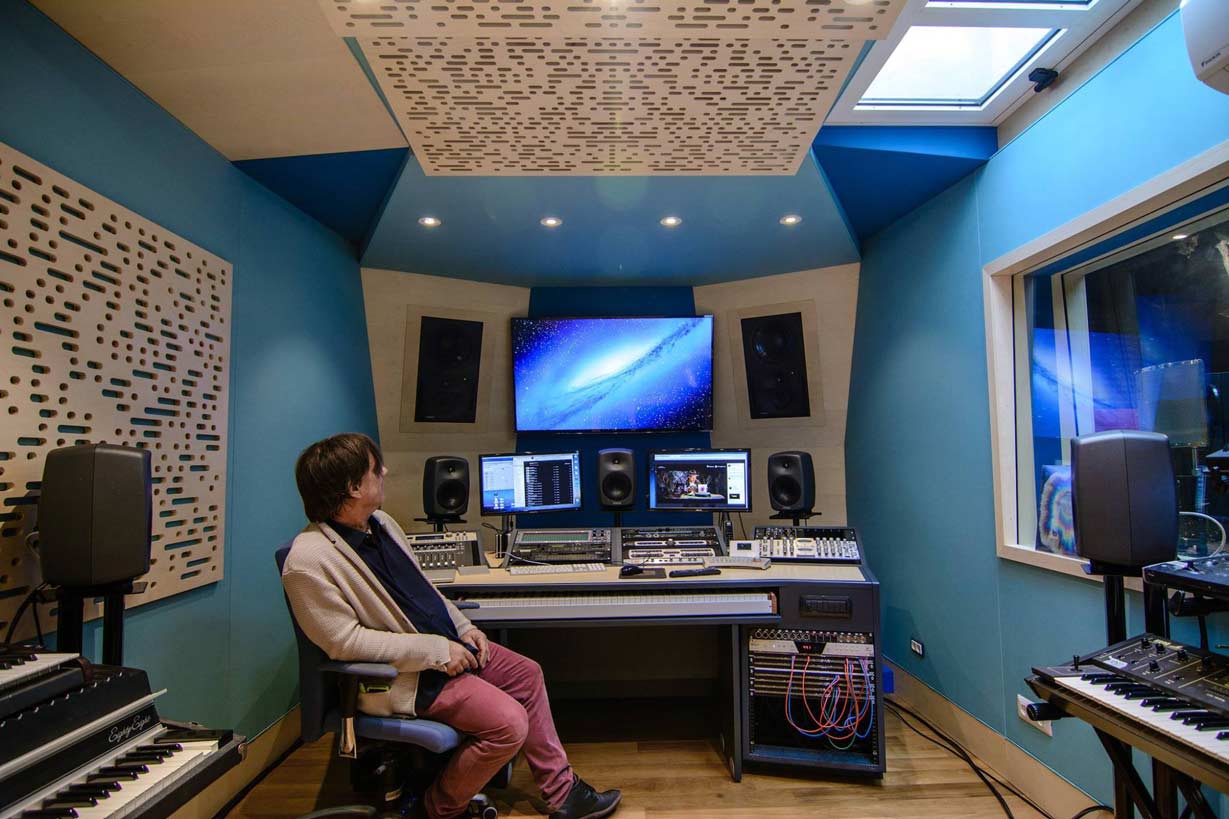 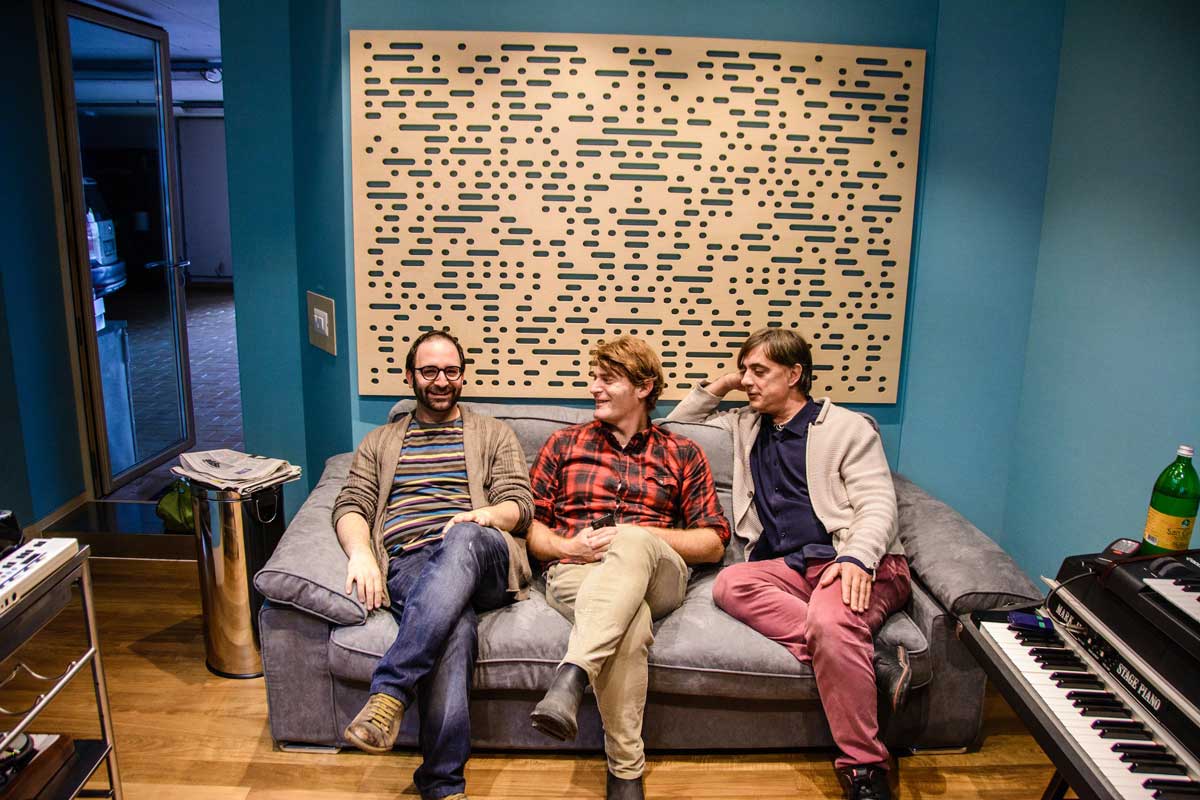 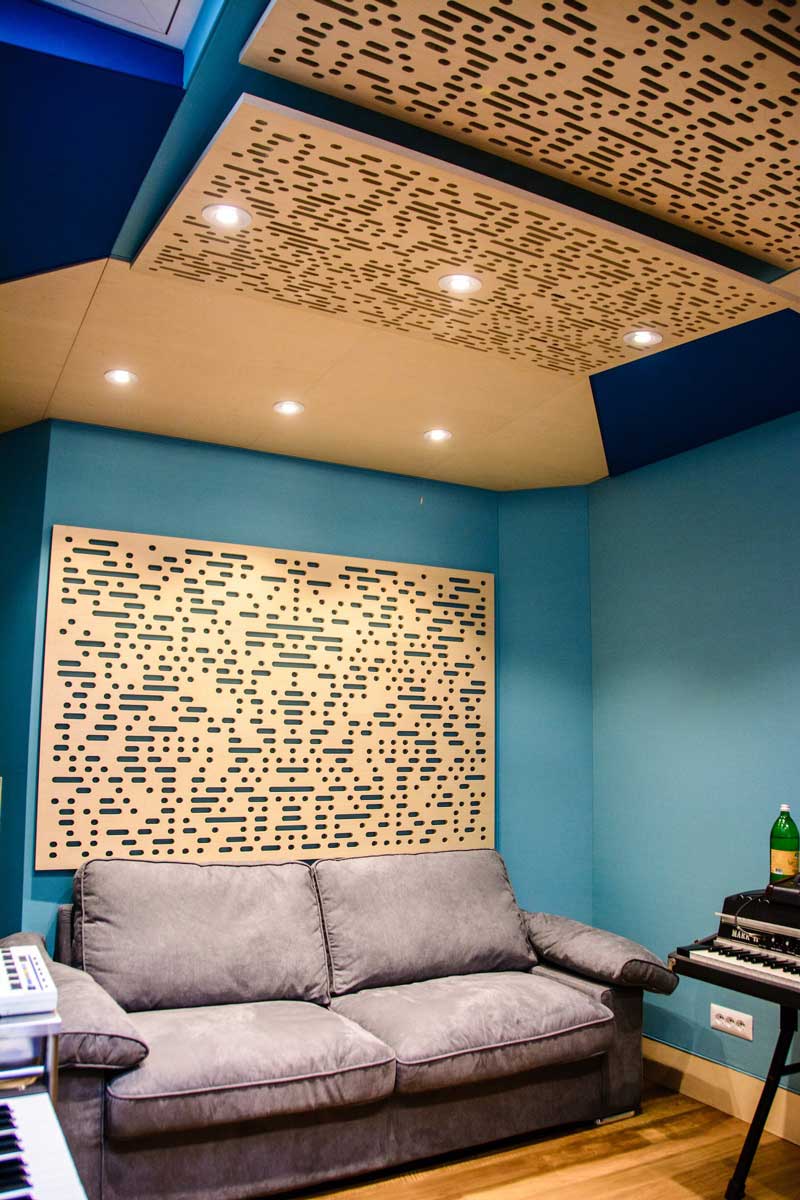 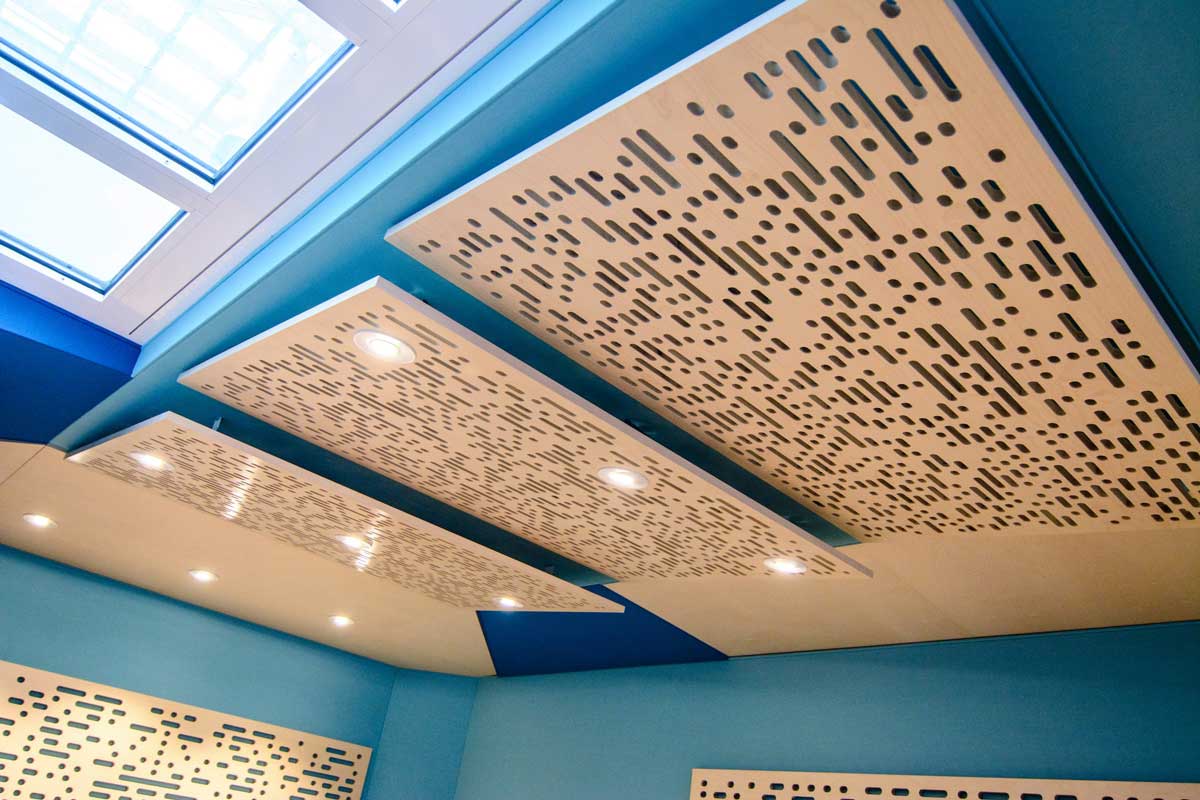 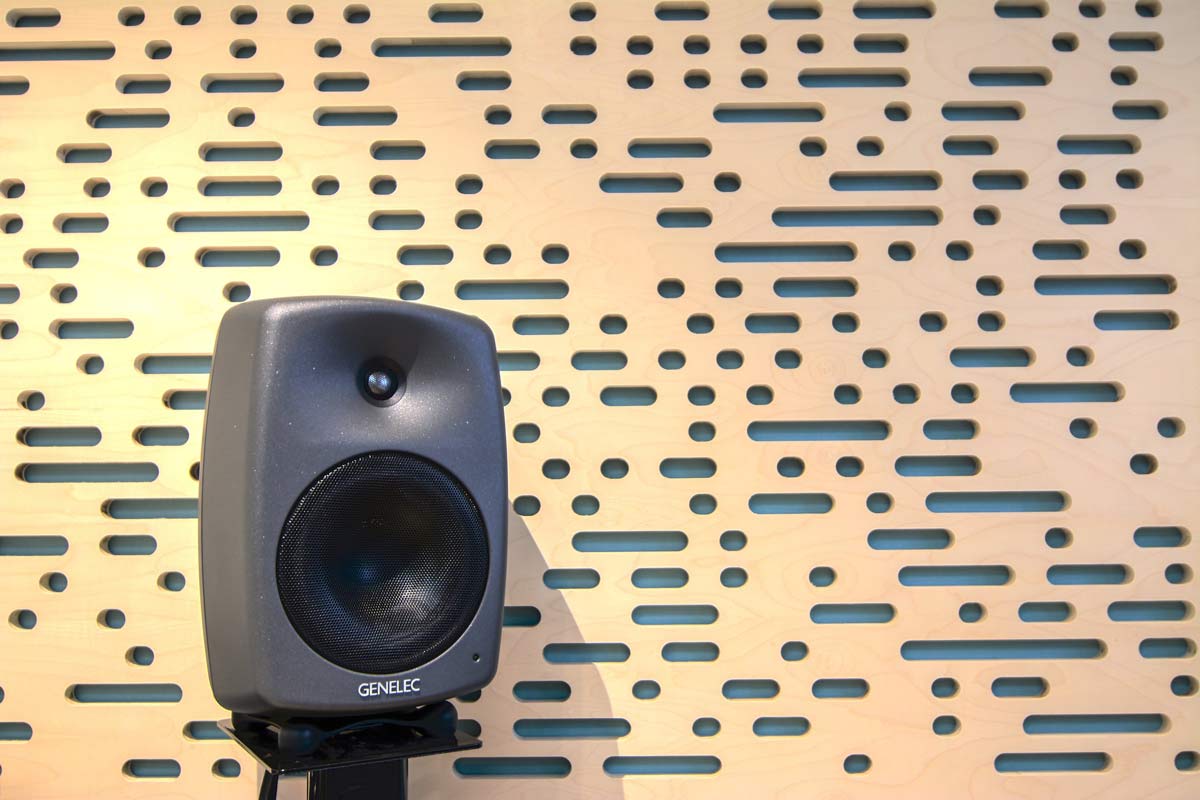 We have transformed the audio-video post-production studio Loculo into its most paradisiacal version, Aldilà Studio, the place where Federico De Robertis, among other things, gave birth to the music for Gabriele Salvatores’ movies.

How was this transformation possible? Together with Studio Sound Service, we were the “ferrymen” who brought the soul of this private studio, nearby Lucca, to the acoustic paradise.

De Robertis and the world of cinema

Federico De Robertis, owner, producer, arranger, and resident sound engineer of Aldilà Studio, has always cultivated his musical and cinematographic passions. Producing music for cinema has allowed him to take his art into ever new and stimulating situations by working with masters such as Gabriele Salvatores, Diego Abatantuono, Carlo Vanzina, Mauro Pagani and Ezio Bosso. However, to do so, he needed a custom-made environment, capable of providing a totally reliable acoustic result.

The story of Aldilà Studio begins in 1996. At that time, Federico had already started working with his friend Salvatores and also participated in the realization of S.P.Q.R., the blockbuster by Carlo Vanzina. Federico made the music for some of Salvatores’ films (Sud, Nirvana and The Invisible Boy) and he was repeatedly nominated for the David di Donatello, winning the Ciak d’Oro award and the Globo d’Oro award.

Relocating to the countryside near Lucca on “Via del Cimitero” (“cemetery road”) allowed him to create a small and dark underground studio, which immediately took the name of Loculo (literally a “crypt”). After starting to collaborate with the great Italian cinema and working for a few years in improvised studios, Federico was finally able to express himself in his private studio, a studio with a somewhat gloomy soul and with room for acoustic improvements.

The meeting of Federico De Robertis, Donato [Masci] of Studio Sound Service, and Francesca [Bianco] started the ascent of the studio: from Loculo to Aldilà.

Immediately, Donato Masci had to deal with the limited available space. The physics of sound leaves no room for opinions. That’s why Donato – during his first inspection – verified the feasibility of the project to ensure optimal acoustics and acoustic treatment. In only three meters Loculo was able to become Aldilà!

The design by Studio Sound Service achieved perfect acoustics in this mini-studio of about 70 square meters, shared by the control room and the recording room. The characteristics of the studio led to an obligatory choice in space management in order to achieve the desired results.

In the previous version of the studio, the two “boxes” – the control room and the recording room – were separated by two noisy butcher doors, just like in a haunted castle [n.d.r. screenplay by Federico De Robertis]. They were replaced by glass doors much more suitable for the ascent.

The aesthetics for the acoustics

The name Aldilà Studio comes from the aesthetic choices that have shaped the current rooms. De Robertis was looking for a new dimension for his creative environment; away from the old gray and gloomy look.

The combination of soft colors (chosen by the owner), the installation of new acoustic diffuser panels, and lighting and the natural light coming from two small windows on the ceiling give a more cheerful soul compared to the previous studio outfitting. Here’s how we built Aldilà!

The studio is not just beautiful but, of course, it sounds perfect. Donato Masci placed Genelec loudspeakers, based upon the new environment. In fact, the loudspeakers “interact” with the room, so this placement is an essential activity. In addition, the construction of a 14° inclined support helped the placement of the speakers in the front.

Every detail has been designed to achieve perfect sound: the necessary basis for any sound design activity.

Cinema and music in Aldilà

Cinema and music are two passions that go hand in hand for the owner; two work “areas of interest” perfect for the space that allows the continued quest for new inspiration. Federico is delighted that his Aldilà Studio can carry on his musical projects with Fede e gli Infedeli, his eclectic group composed of the same professional musicians with whom he collaborates for his cinematographic music and the Underground Supporters, a collective of young and talented DJs and electronic music producers from Lucca, as well as organizers of the famous “After della Notte Bianca”. 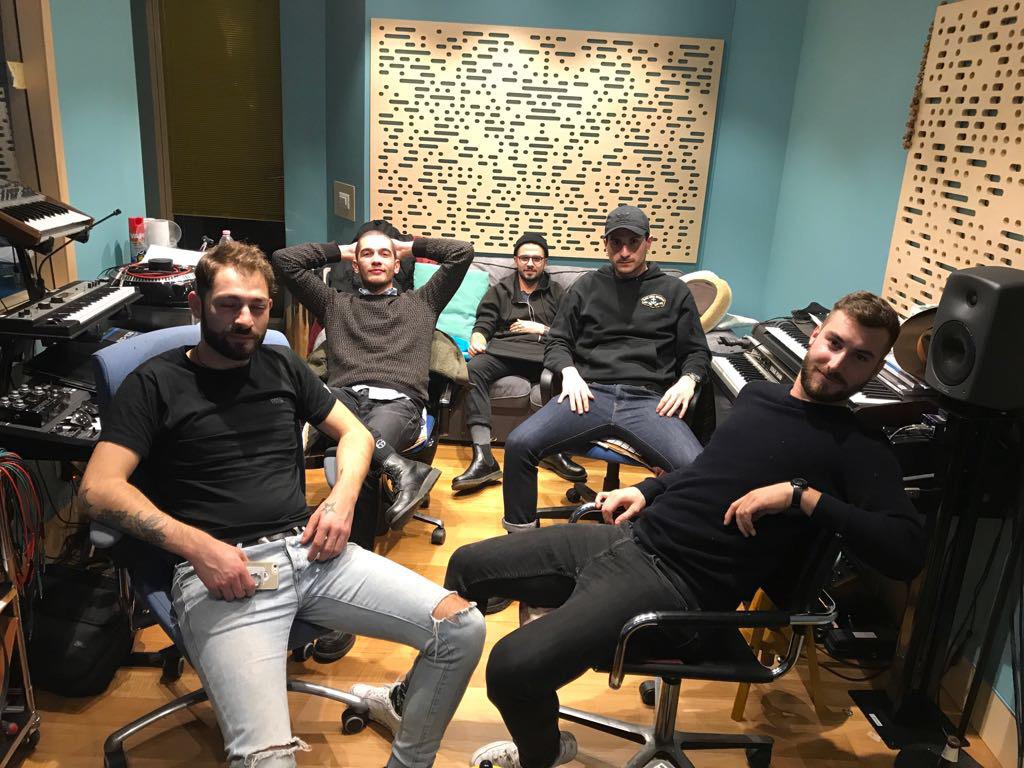 The Underground Supporters meet at Aldilà Studio to check their mix and plan the releases of their two labels: Glukkon Records based in Lucca and SYXT based in Berlin.

Now, his recording room adapts to work on practically everything, meeting the particular needs of music for cinema and helping Federico in his “ferocious cut and sew” acoustic.

Since 2015, Federico has been working in his private studio. The leap from Loculo to Aldilà was great but it was all in the service of the continuous acoustic research that his artistic talent needs. Some of the masters of Italian music and cinema, such as Gabriele Salvatores, Diego Abatantuono, and Claudio Coccoluto, have popped in to Aldilà.

We are proud to have created this new acoustic paradise and to have fully meet Federico’s needs!