BACKSTAGE WITH CORRADO MOLON: A LIVE-ROOM FOR KALIMBA

Backstage with Corrado Molon: a live-room for Kalimba

Entering Kalimba is like entering another dimension. The musical dimension of Corrado Molon.

Corrado has transformed the first floor of an old farmhouse into a breathtaking recording studio. The largest studio in the lower Po Valley and probably one of the most attractive.

Art and music blend perfectly in the studio that we built according to the design of Studio Sound Service. Our Proaudio Group’s subsidiaries – Cablocustom and SMAP – were in charge of wiring and the equipment supply.

We heard from Corrado because his studio is about to expand, and not just a little. The project for a Live Room has been approved and the porch of his Paduan farmhouse will soon host a new recording room. A new “live” space, a new dimension for Kalimba. 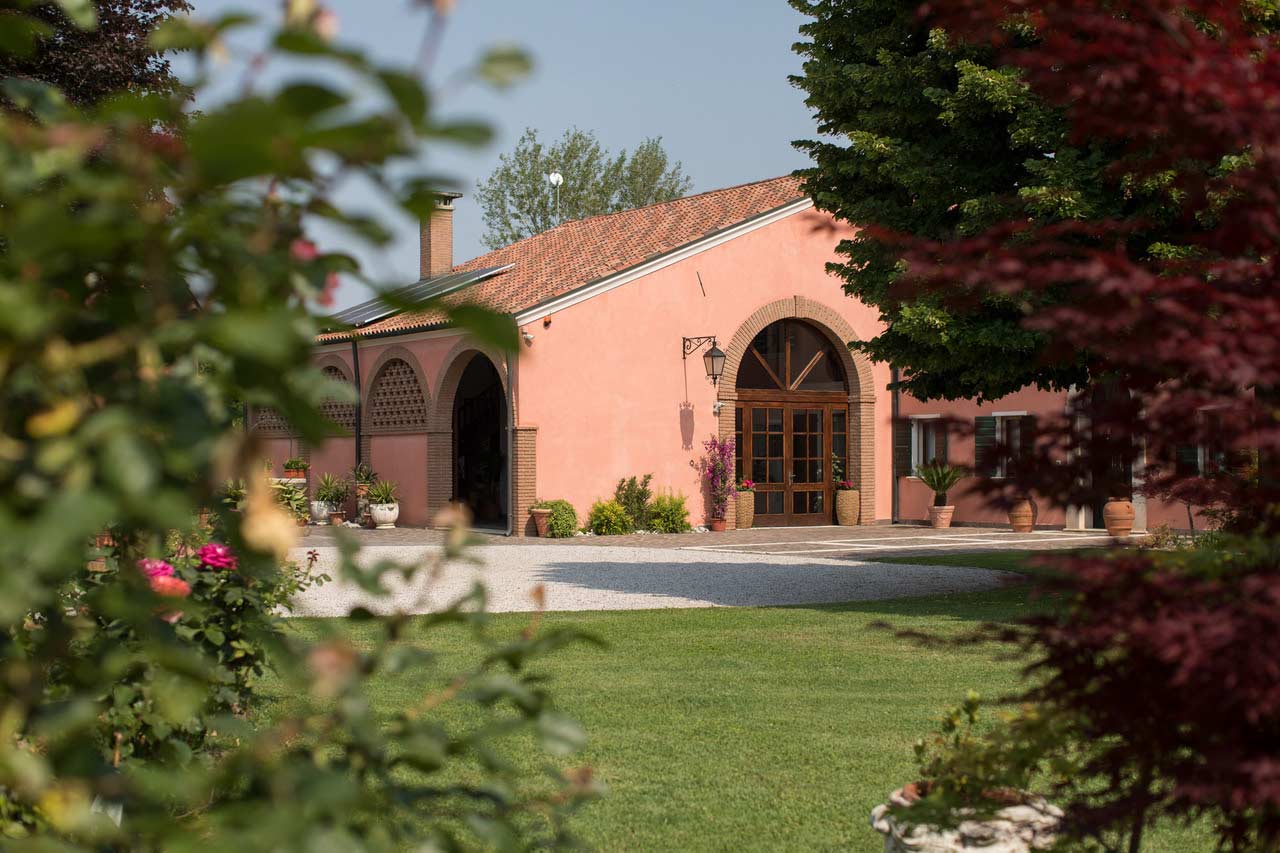 With Corrado, we started from his beginnings. Because music is an overwhelming spiral: if you give it a little space in your life, soon you will be carried away by a much greater passion.

“I started by collecting cassettes, CDs, and vinyl. Then came the concerts. Finally, I started playing”.

“This place hosted the home studio where I started playing with my bands. The first, classic home studio was made of plywood and egg cardboards. It was like that for 15 years, until something clicked”.

The exact moment in which Kalimba was born was when Corrado flirted with the most technical (and technological) part of the musical soul: recording and music production.

“The transition from a musician to the first experiments in editing and recording… Here’s the keystone”.

“As soon as I brought my laptop with Garage Band, two speakers, a microphone and a sound card into the studio, a world opened up to me.
A world I loved so much”. 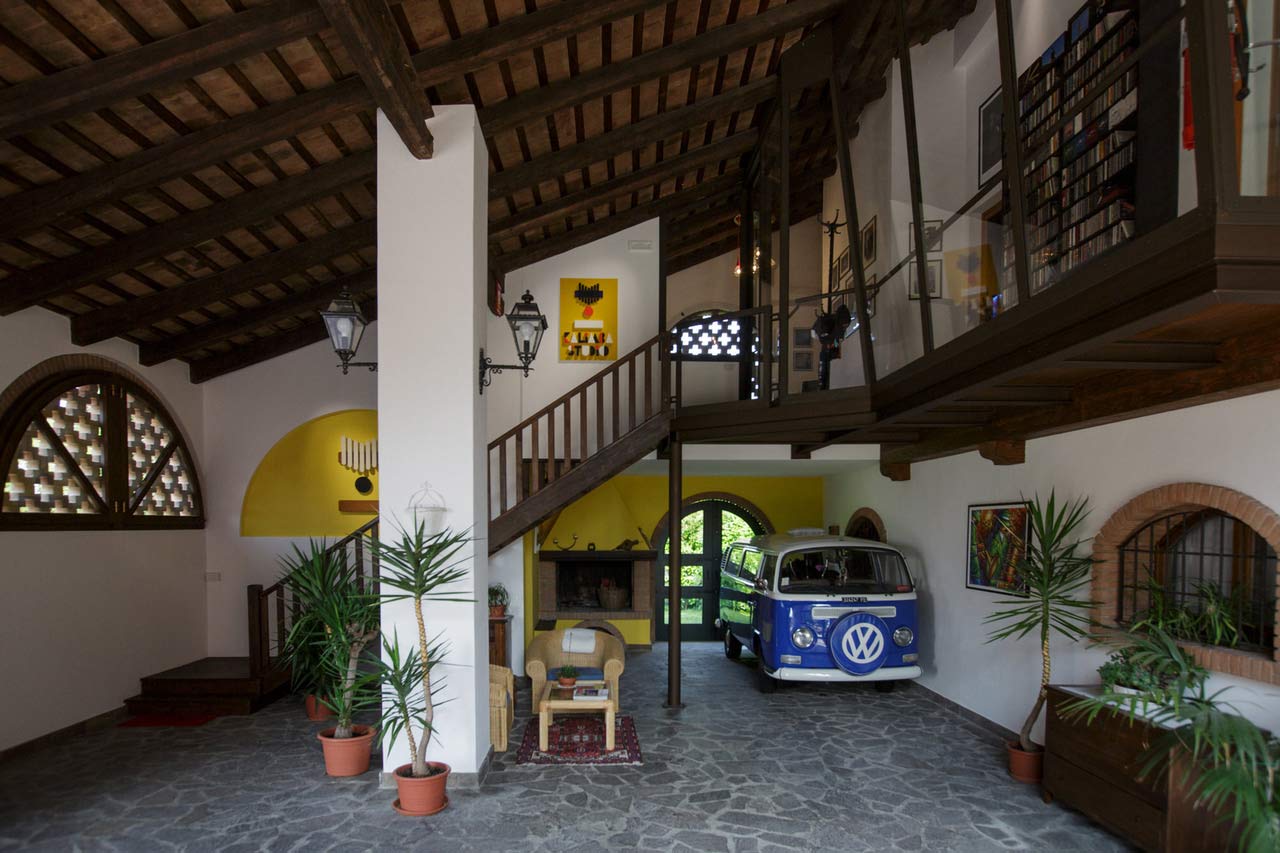 From there it all started: a change of job, training courses, specialization,  and trips to Los Angeles and London to study and become a Logic Pro X Trainer.

“I started training because I felt I needed it. With learning you realize that it’s a bit like studying an instrument: you can’t do it for a month and then stop”.

“You study and you can keep doing it for a lifetime because you never stop learning”.

In 2014, Corrado decided to make good use of his training. He wanted to form his studio, to create a whole new one to welcome artists and bands and work on their music. Kalimba was born.

The band and the kalimba

Corrado Molon has never stopped playing. Today, he plays with his group, OverJazzed. The name “Kalimba” often resounded, even as a joke, during their live and recording sessions, until it became the studio’s name.

The kalimba is one of the most used instruments by one of his favorite bands (along with all-time bands such as the Beatles and Pink Floyd): the Earth, Wind & Fire.

“I bought a kalimba and started to play with it. “Kalimba” has always been the nickname I used for a bit of everything, jokingly”. 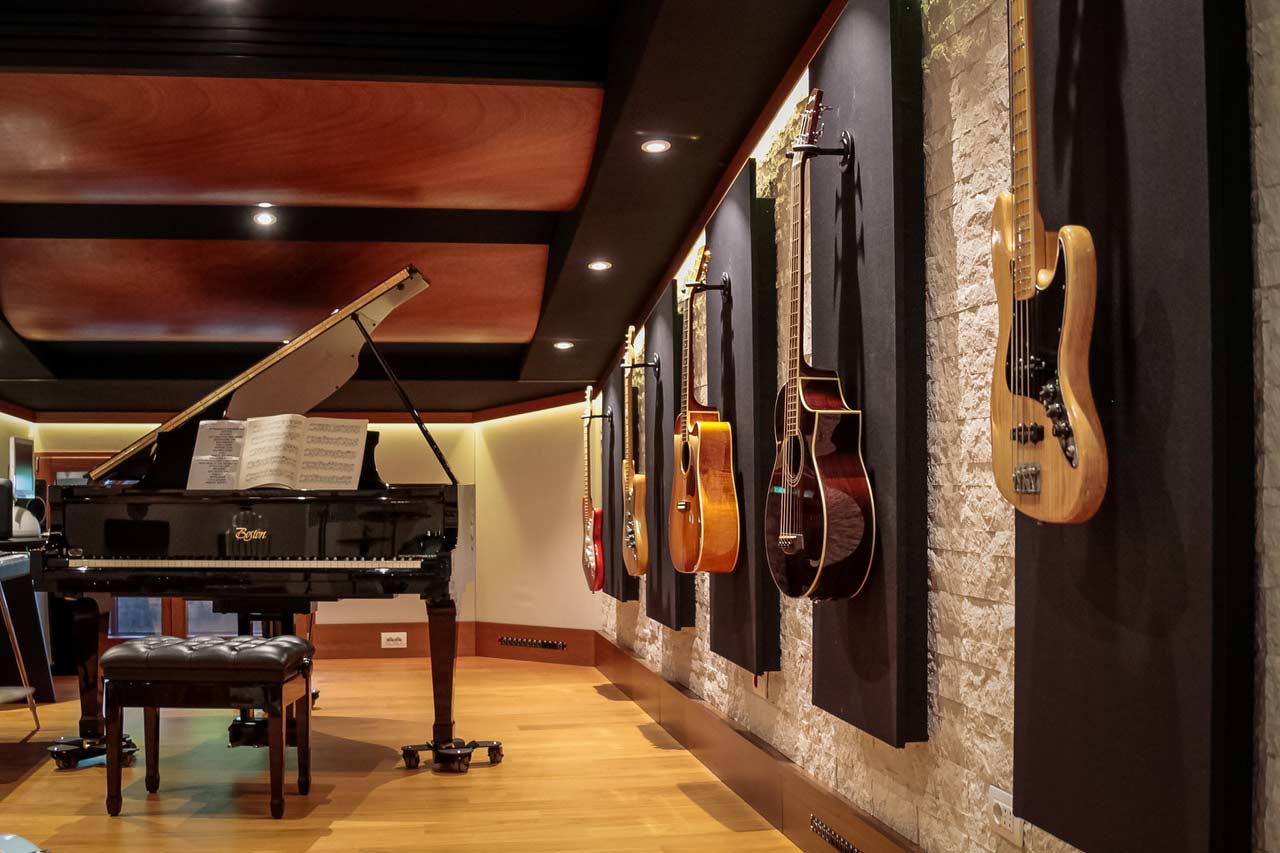 When Francesca [Bianco] asked to baptize the studio, Corrado told the story of the instrument. From his story, the name of the new acoustic environment was almost decided.

“The kalimba is a relatively cheap instrument, made with common materials. To make it, recycled materials can be used which, joined together, give life to a musical instrument”.

“Conceptually it is a fascinating instrument: from common, essential elements something can be born that has a musical and artistic sense”.

The studio… And its Live Room

Kalimba Studio was made from the first floor of an old barn in the countryside near San Pietro Viminario, the province of Padua. To design it, Corrado relied on Donato Masci’s mind and the whole team at Studio Sound Service. To build it, our hands were needed. In order to make the most out of the equipment, a custom design of the host environment was necessary.

“There was immediately a feeling of design harmony, both in the overall project and in its details.

The “Kalimba logo” diffusers were Francesca’s idea. They are technical elements, functional to the environment’s acoustics, but at the same time they identify the soul of Kalimba”.

“I immediately liked the attention to detail they put into the project”.

Today, Kalimba Studio is spread over a large 35 sqm wide control room, a small vocal booth for vocals and guitars, and a recording room of about 27 sqm for the recording of drums, piano and full band. In detail, the studio’s rooms are built in an attic, making the most of the geometries and the natural slope of the roof to optimize the reflections of sound. 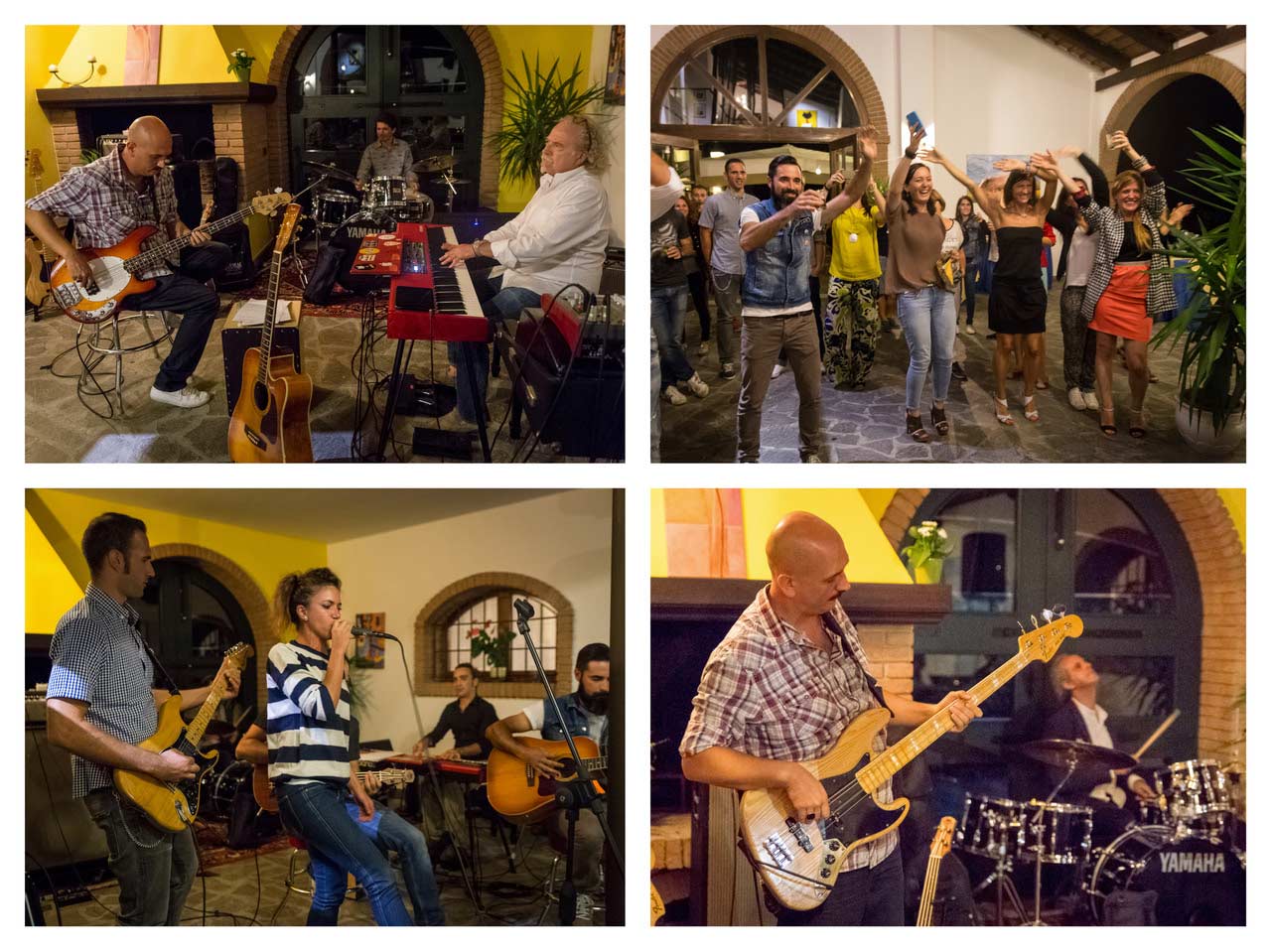 Soon, the porch will become a Live Room. This new room will be communicating with the studio rooms and will be the largest of all. Corrado explained to us where this desire comes from.

“The idea is to use it to research new acoustics. Surely it will be possible to obtain a different sound than the drier and cleaner one of the current recording room”.

“Furthermore – even if only from a practical point of view – the new room will offer more space. Recording choirs, horns and string sections is only possible in a room the size of the Live Room”.

Covid did the rest. The future Live Room will be doubly useful, considering both the larger spaces, a requirement following the pandemic, and the possibility of live streaming. 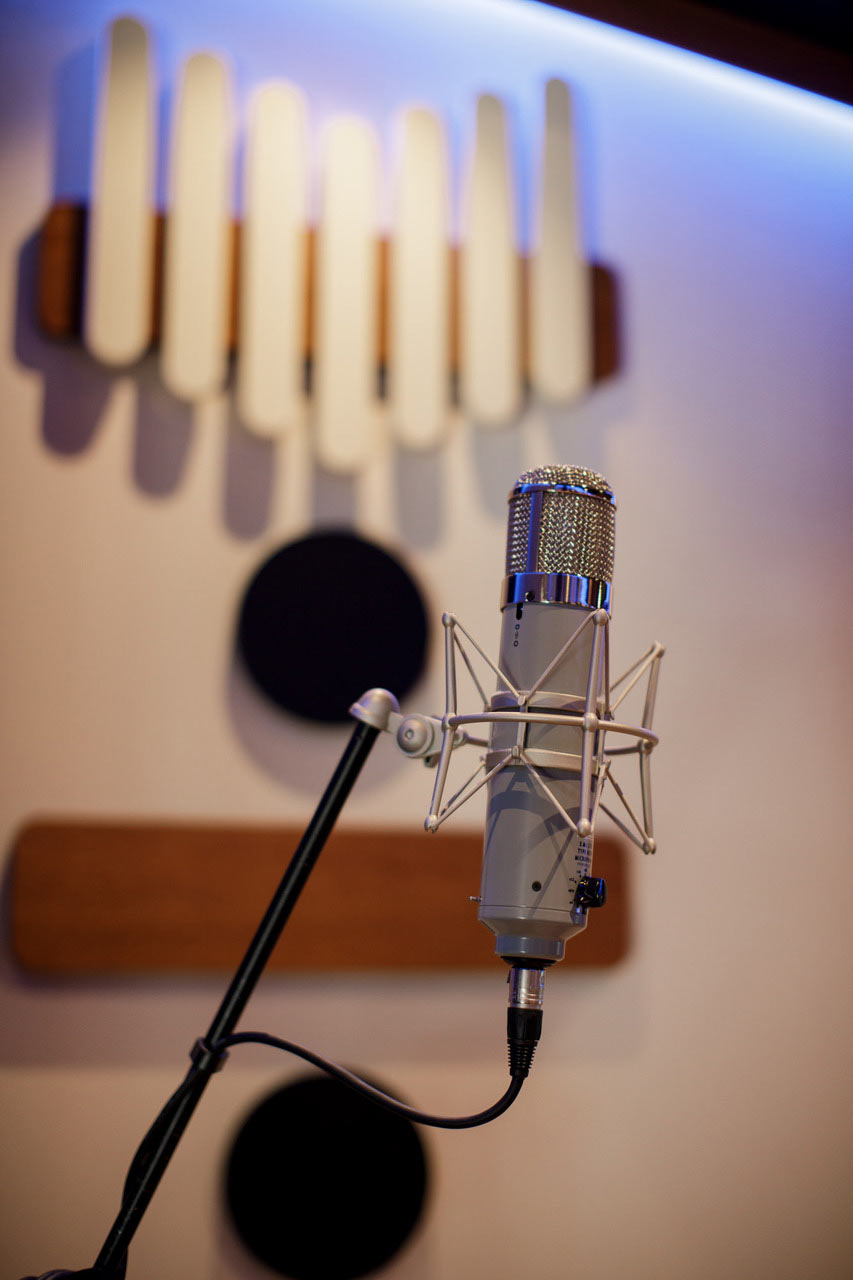 Where are we today in the process?

The project has been approved and the construction work will begin shortly. Both a fixed and a mobile acoustic treatment have been planned, using “gobos”. Obviously, the style will be that of Kalimba which, from the beginning, was conceived as a studio where one can breathe the music and the tranquility of the surrounding environment.

“The style of the Live Room will blend perfectly both with the rooms of the “original” studio and with the contour of the farm.”