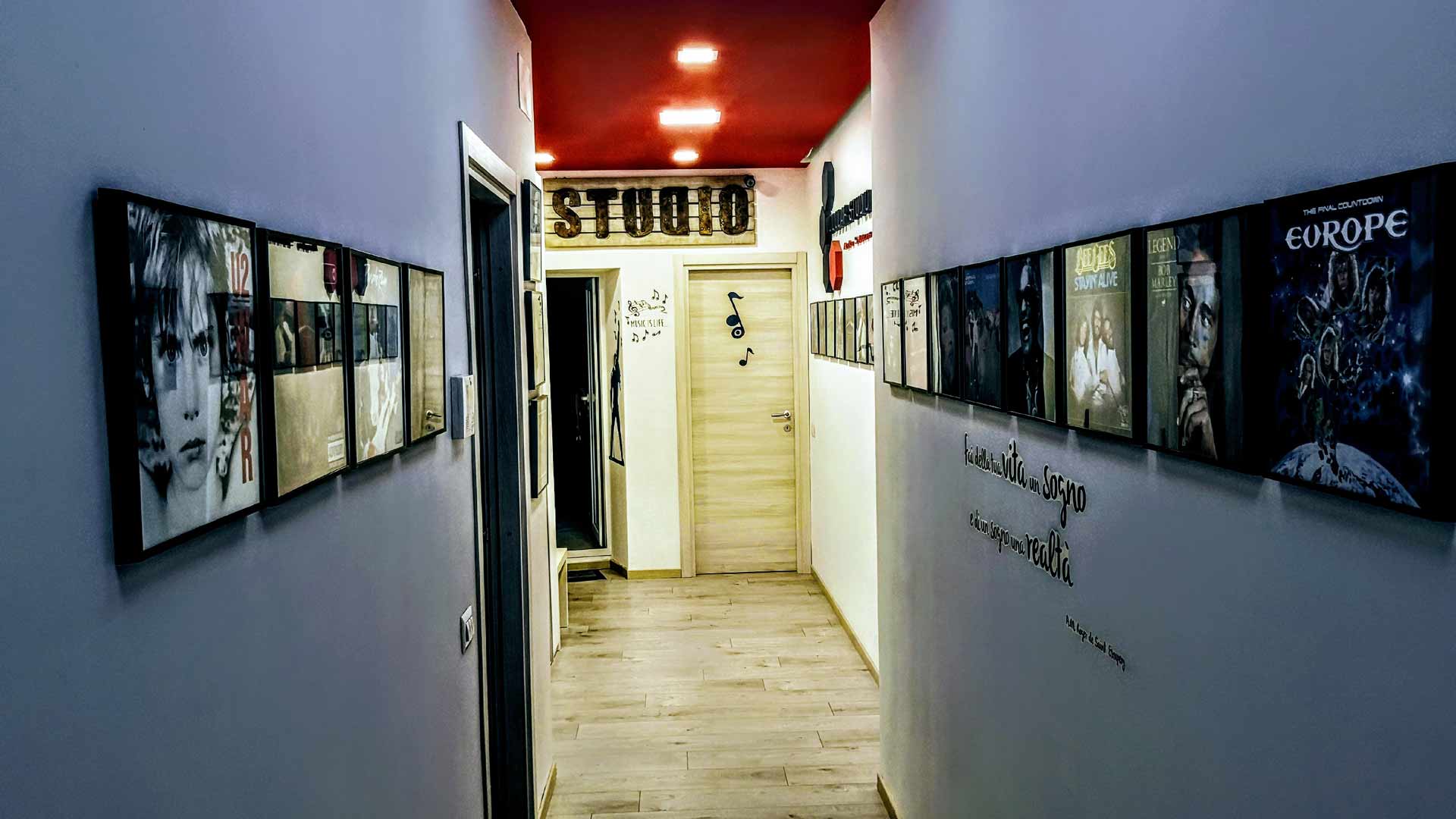 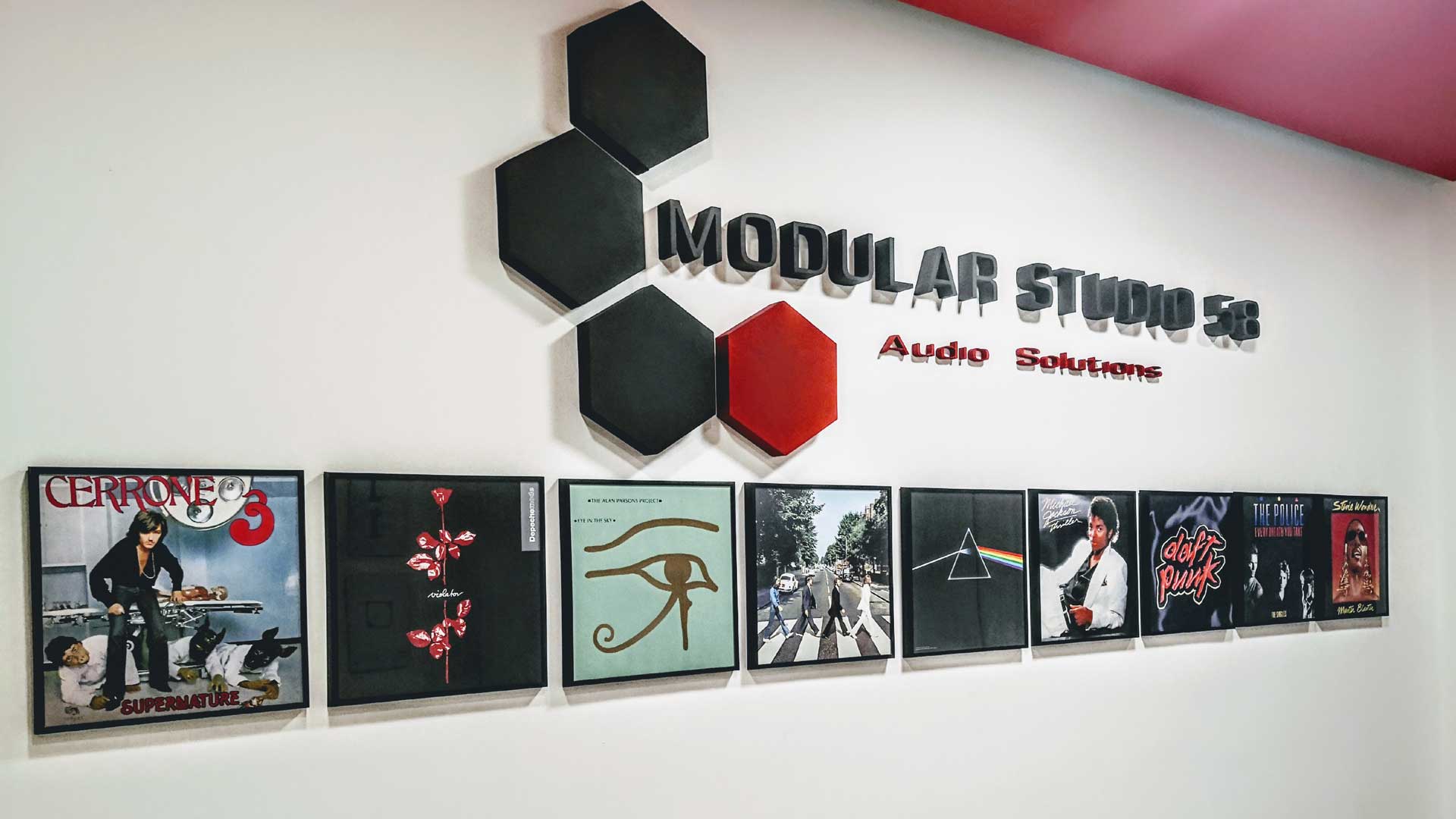 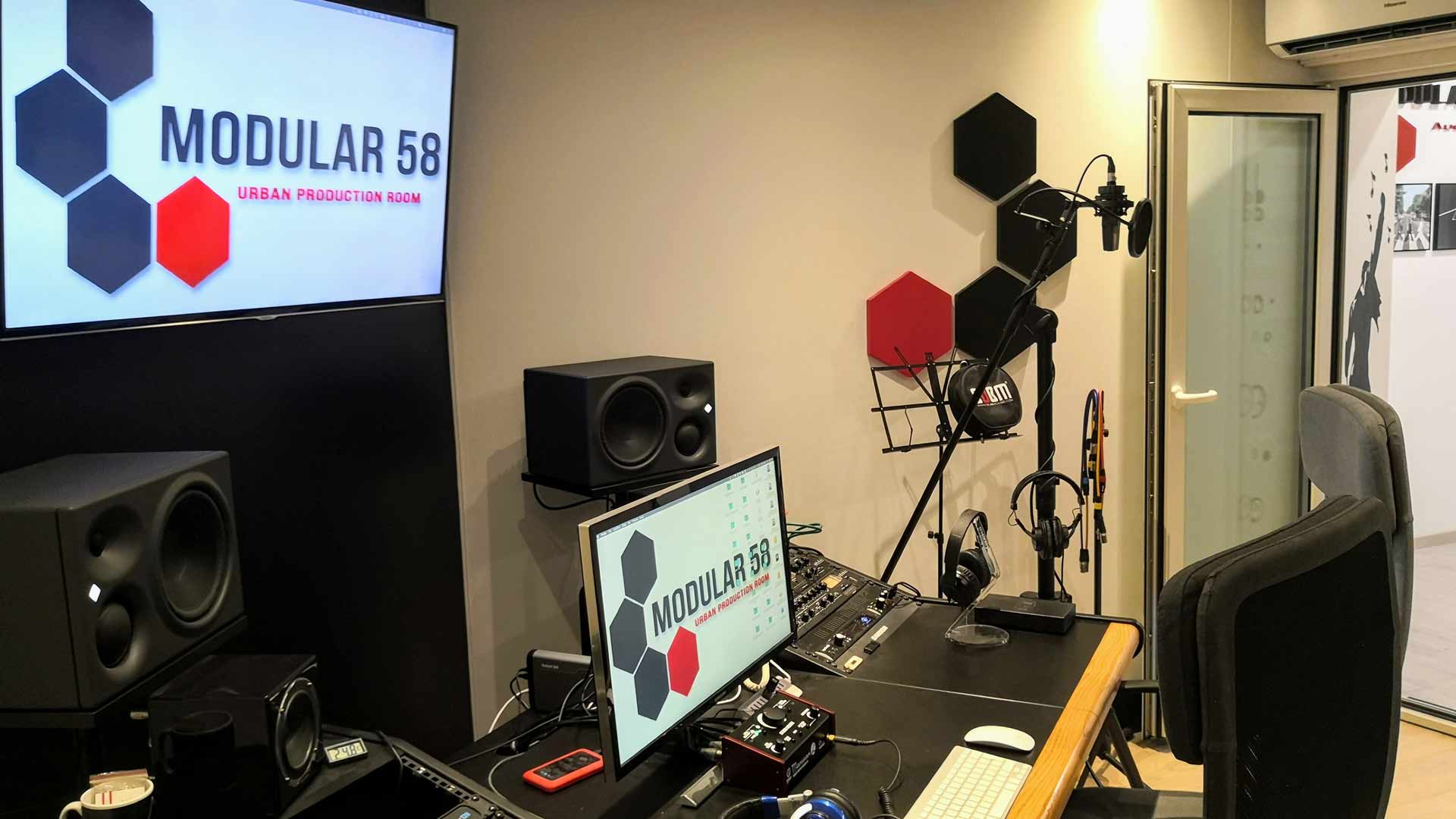 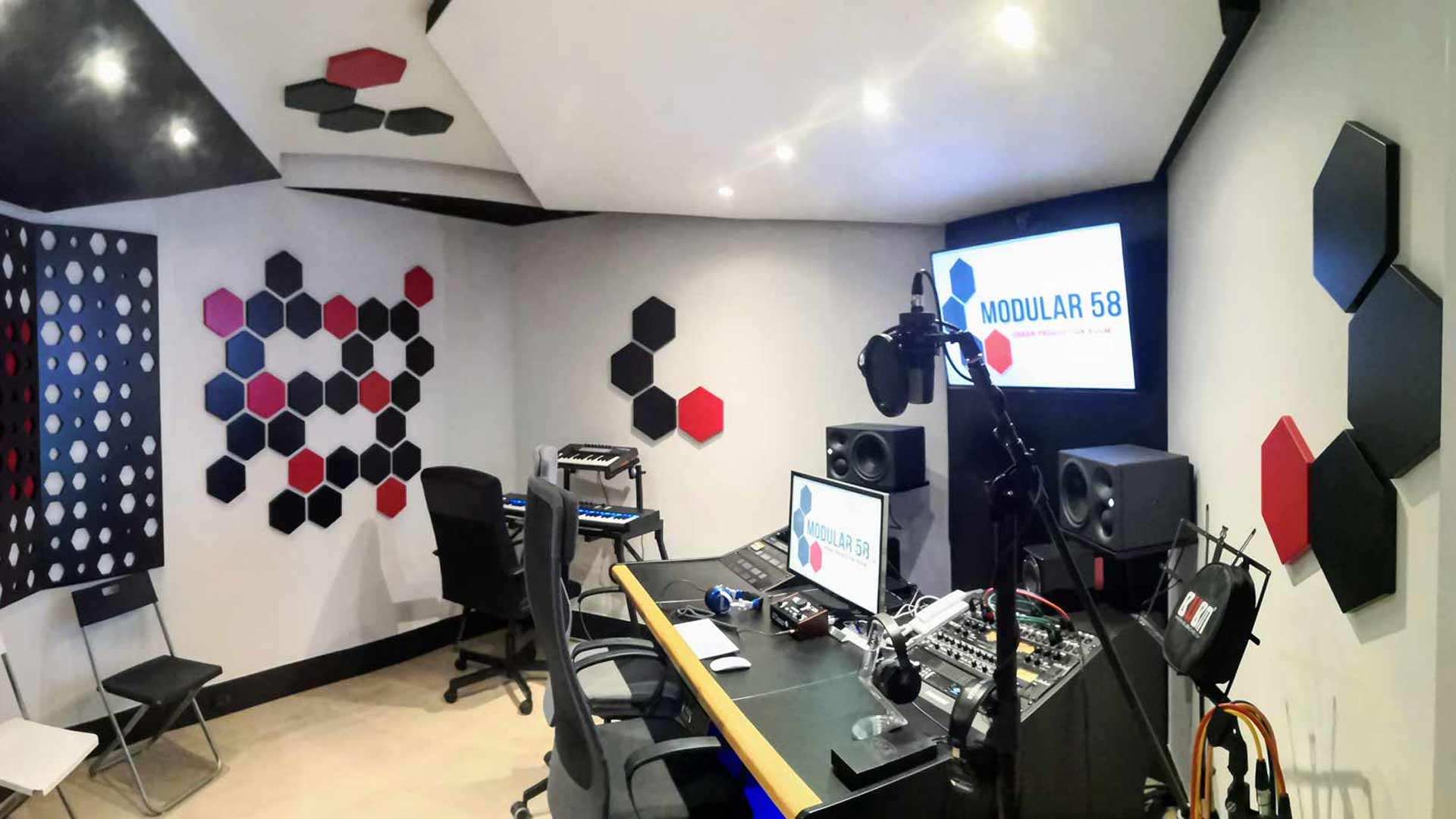 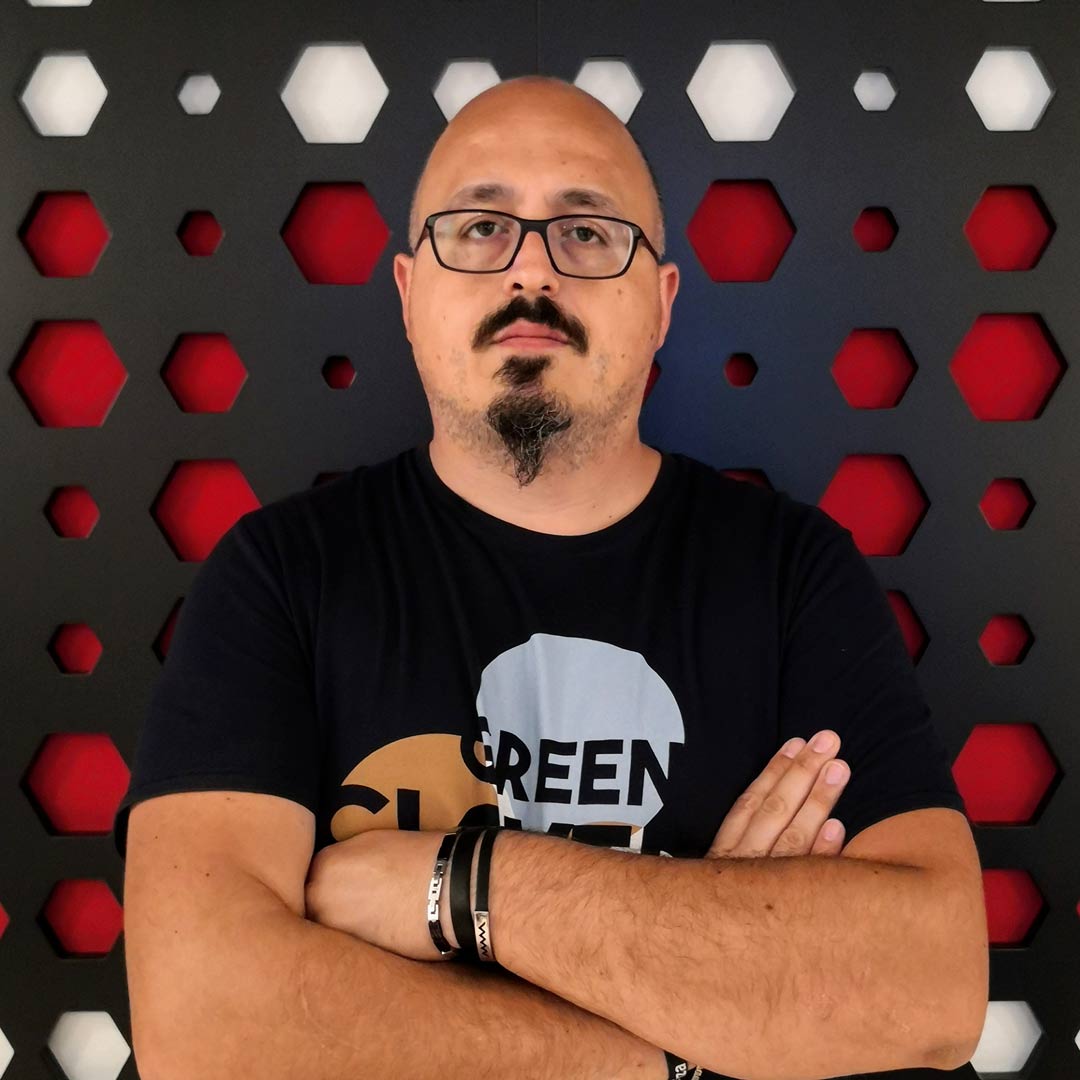 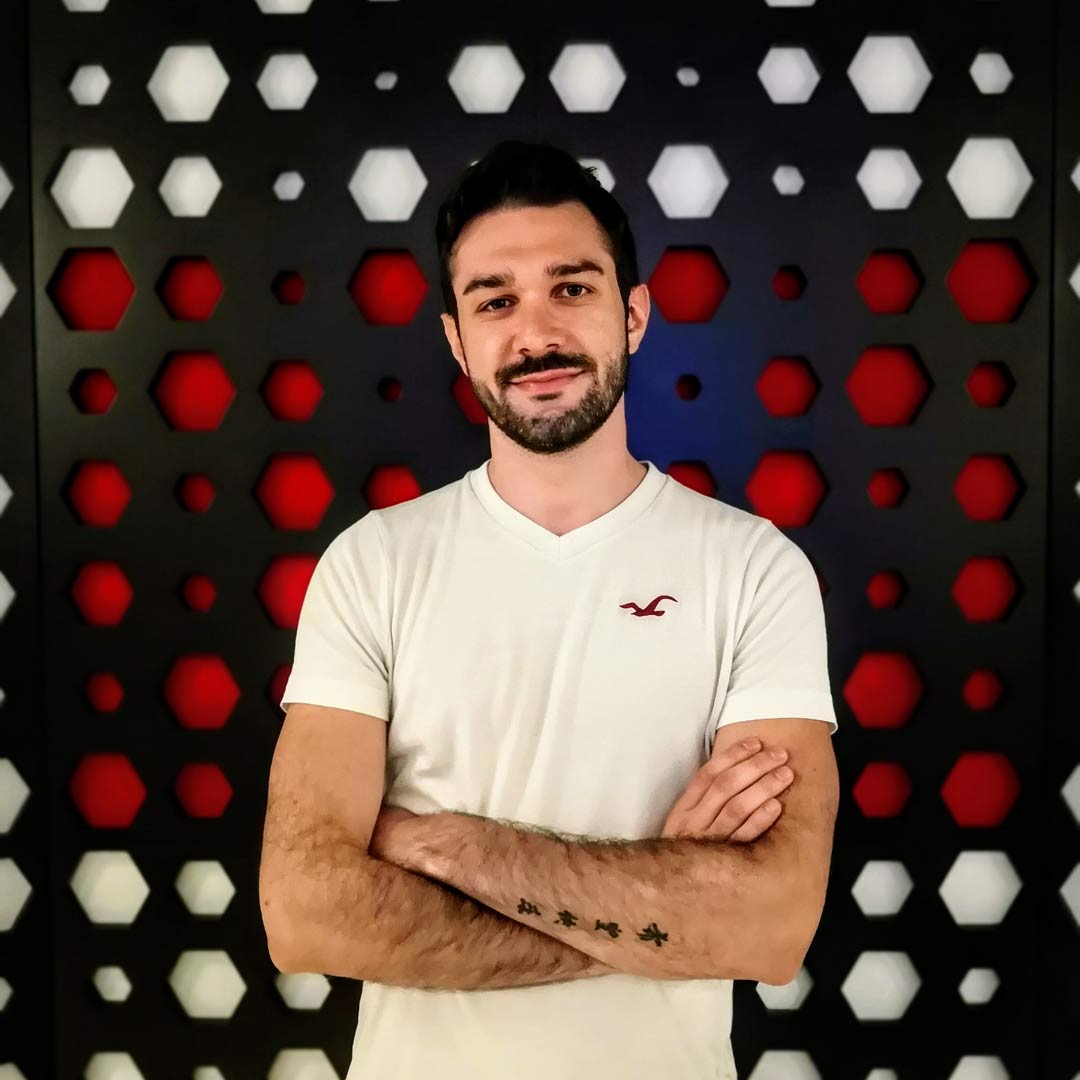 Where could we build the first Urban Production Room in Italy, if not in Milan?

The Gennaro di Mauro’s Modular Studio 58 embraces the new philosophies of music production, branching off from the concept of classic studios.
Modular 58 – born on the ground floor of a ’60s residential building – is a highly professional creative space that boasts a homemade flavor.

All the design and construction activities are oriented towards the evolution of the classic working method of production studios. In fact, Urban Production Rooms provide better efficiency in terms of quality-to-resources ratio and better collaboration between artists, producers, and sound engineers. But let’s take it one step at a time because behind every innovation there’s a story.

The living idea of Modular 58

Before becoming a state-of-the-art production room, Modular 58 was a dream of Gennaro di Mauro. More than a secret wish, the studio was a living idea powered by the musical activity – now thirty-years’ old – of Gennaro, who started his career thanks to his passion for the world of the night; at first, becoming a DJ, then a producer.

Between 1999 and 2000, Gennaro understood that the desire to combine musical production with being a “Disk-Jockey” would allow him to work on, not only his music, but also that of other artists and collaborators. His passion allows him to easily move among a myriad of musical genres, even now, in his Modular Studio 58, of which he is the founder and owner.

In May 2016, Gennaro sought professionals to realize his idea of the studio… And he contacted us!
The first call was made with the Chief Executive of Proaudio – Francesca – who inspired the design and construction of Modular 58 as an Urban Production Room.
Gennaro’s new adventure would start from the wise design of Studio Sound Service and the feasibility inspection. The project would be developed in a ground floor apartment in Via Dante Alighieri 58 in Magenta (west side of Milan).

The structure of an Urban Studio

Today, Modular 58 develops within the intimacy of a control/recording room of about 15 square meters, which was obtained from the largest room of the apartment we mentioned above.

The design phase took into account the square shape of this room and “sacrificed” only 2 square meters compared to the original cubature. This allowed us to proceed with the acoustic treatment. Despite the compactness of the studio, the room can accommodate up to 8 people!
In case of future expansion, the wiring (laid out by Michele and the Proaudio group) was also brought to a hypothetical “room B” (the other room of the apartment).

“The ways of Proaudio are infinite…” – Cit. Gennaro di Mauro 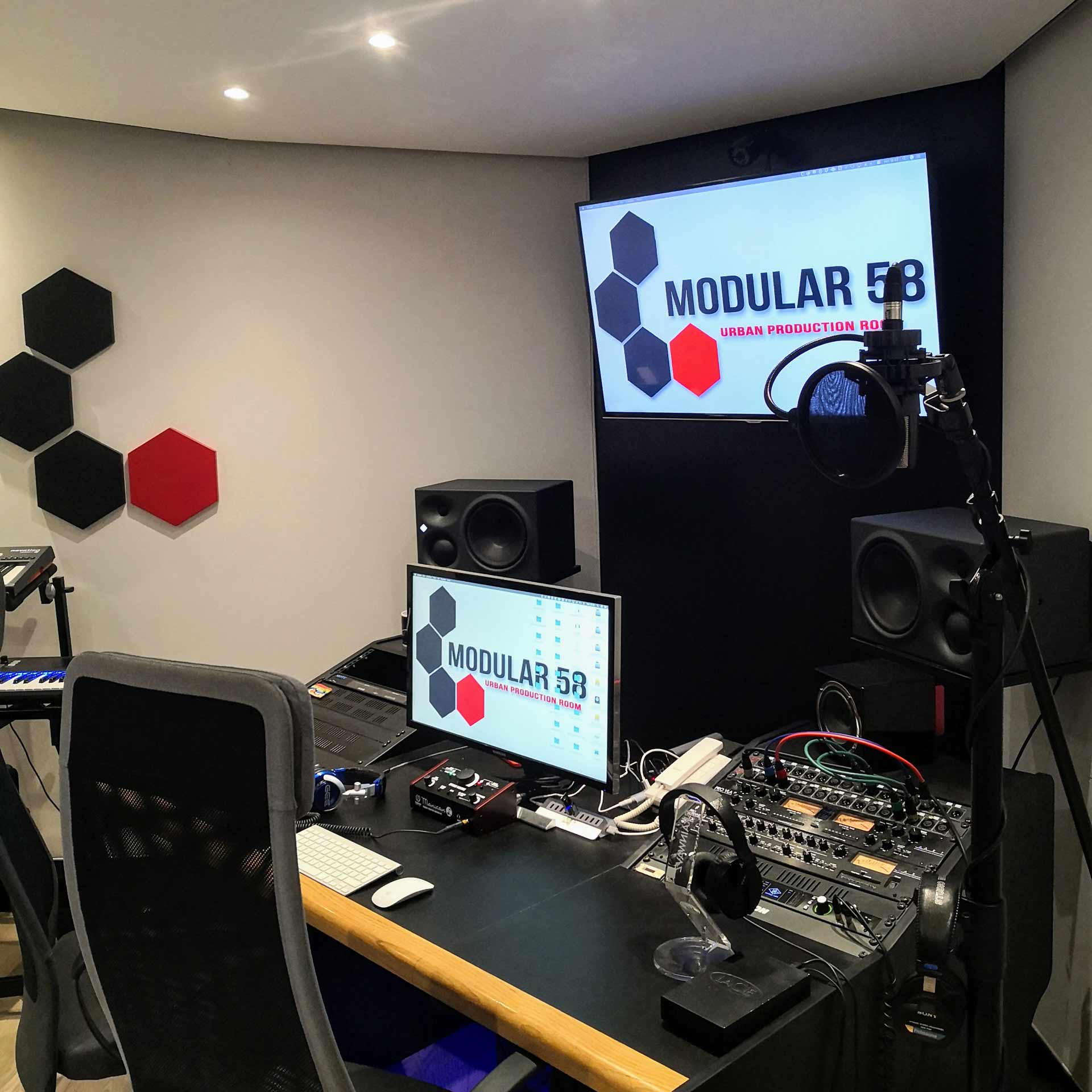 Together with Donato Masci – Studio Sound Service – we have faithfully received and respected Gennaro’s inputs. Every design choice, from materials to instrumentation (Focal, Neumann…), was conceived in order to achieve a high-profile Urban Studio.
At the end of the project, which lasted a couple of months (the studio was designed between December 2016 and January 2017 and was “on-air” at the end of April), everything was completed as planned, so much so that the first renderings turned out to be like real photographs of the completed studio.

“The studio is identical to the renderings I received, down to the smallest detail”. (Gennaro di Mauro)

The style and the team of Modular 58

Modular Studio 58 can dive into any genre. The very name of this musical production studio is itself a reference to its modularity and the ability of its’ team to covey the artist’s vision into a winning idea.

Modular 58 is an intimate and highly professional studio where Gennaro can express his 360-degree musical vision, after many adventures as a “DJ influenced by the 80s music and explorer of all possible genres“.

After some adventures, this young studio – born just over three years ago – has found its “innovative, fresh and dynamic” soul thanks to the studio’s new skills and the ability to face any type of musical project, from beginning to end.
There is no lack of collaboration with artists. Modular 58 has already had the pleasure of collaborating with Massimo Boldi, as Gennaro di Mauro told us: “We have arranged the audio of some of his songs a bit… And, in fact, we created a mini-show from scratch”.

“Having the Cipollino here with us was an honor”.